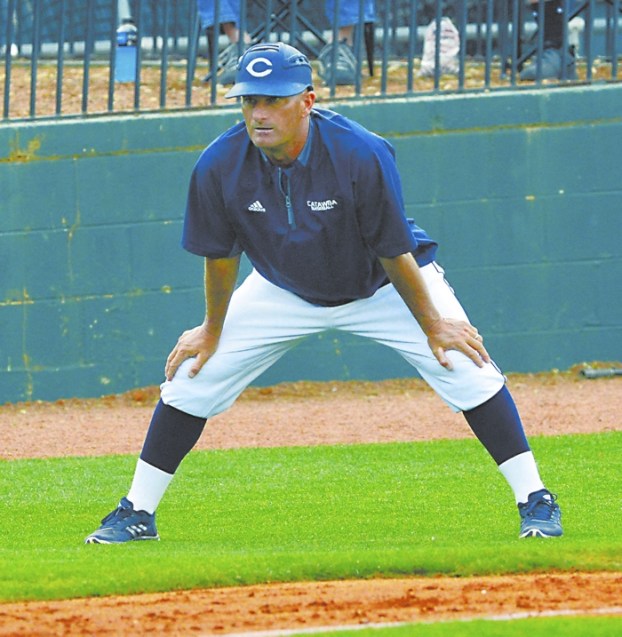 College Baseball: SAC tournament may be do-or-die for Indians

Catawba’s baseball team is the South Atlantic Conference regular-season champion, but that banner is of limited value right now. It’s likely that only the SAC Tournament champion will be moving on to regional play.
Catawba’s first tournament game at Smokies Stadium in Kodak, Tenn., is on Friday at noon.
Six teams will make the Southeast Regional, but half those regional spots will be awarded to automatic qualifiers — the SAC, Conference Carolinas and Peach Belt tournaments’ champs.
Catawba finished as national runner-up in 2015, but the Indians currently are ranked seventh in the Southeast Region behind Lander, Columbus State, Belmont Abbey, USC Aiken, Erskine and Newberry.
“We do think we’ve got to win the tournament to go on,” said Catawba’s Jim Gantt, who was named SAC Coach of the Year on Wednesday. “That’s not knocking anyone, and it’s not knocking us. It’s just that there are a lot of teams in our region having great seasons.”
Catawba is 31-17, good, but not stellar, and the Indians are only 15-11 away from the cozy confines of Newman Park.
“We were on the road the whole last month, so we won a conference championship on the road,” Gantt said. “That’s a really good achievement. But at the same time, I’m not really sure how we did it. We’ve got a high team ERA (5.90).”
Catawba hasn’t had any issues on offense. It’s a strong lineup.
Catcher Will Albertson has been nearly as phenomenal as last season when he was all-world. He’s batting .409 with 14 homers and 54 RBIs. He’s walked 27 times while striking out 17.
Albertson didn’t win SAC Player of the Year honors. Mars Hill’s Evan Rogers got the nod.
“Rogers is a tremendous player, and I don’t want to take anything at all away from him,” Gantt said. “But I hope the coaches in our league who were walking Will in the second inning voted for him for player of the year. They must have thought he was pretty good.”
Catawba second baseman Dylan Richardson (.325, 11 homers, 51 RBIs) and DH Malachi Hanes (.315, 12 homers, 47 RBIs) joined Albertson as first team All-SAC picks.
First baseman Chance Bowden (.343, 44 RBIs), who leads the nation with 28 doubles, was second team All-SAC. Center fielder Luke Setzer (nine homers, 36 RBIs, .305) was Honorable Mention All-SAC.
In addition to the players honored by the league, third baseman Jake Kimble provides speed, catcher Zac Almond has game-changing power (11 homers, 35 RBIs), and outfielders Kyle Smith and Bryce Fowler have steady, line-drive bats.
Defensively, Catawba usually has been good, especially up the middle. Richardson and freshman shortstop Jeremy Simpson were honored as SAC Gold Glove winners. Setzer, who began the season in right field, has been a key to Catawba’s success. His ability to handle center defensively has allowed Catawba to get another potent bat in the lineup in right.
The pitching is a lot iffier.
Second team All-SAC Russ Weiker has been a legitimate ace, but now he’s on the shelf with triceps inflammation. He’s not expected to pitch in the tournament.
Lefty Sean Grant is pitching minus an ACL and with a partially torn elbow ligament. He’s got guts. He’ll take the ball for a start in the tournament, but he’ll be one-and-done.
Avery Bowles and Will Beeson, key members of the bullpen, have been fighting ailments.
The pitching positive is that Shaefer Shepard has looked like his old self in recent weeks. He’ll start Game 1 in the tournament. If he’s on, the sturdy right-hander is a horse Catawba can ride to a win — and maybe two.
“Hopefully, Shepard can pitch the first one and be able to recover quickly enough that we can use him again later,” Gantt said. “He’s pitched some of his best games recently.”
The only other given on the pitching staff is closer Bryan Blanton, a first team All-SAC selection. He’s Catawba’s finisher, but the mound situation is precarious enough that Blanton may be called on for a start.
There will be a lot of mix-and-match. Gantt will try to get outs from a large crew of young arms, including local products Connor Johnson, Heath Mitchem and Riley Myers.
Myers, a freshman, is 3-1, but he has a 9.53 ERA.
“He’s had to take on a role that he wasn’t ready for, but that’s not his fault,” Gantt said. “He’s a little beaten up mentally right now — a lot of our pitchers are — but we’re going to need him.”
Two play-in games kick off the tournament today.
As the top seed, Catawba won’t start play until Friday at noon. Catawba’s opponent will be determined by today’s Newberry-Lenoir-Rhyne and Wingate-Coker games. Catawba will take on the lowest-seeded first-round survivor. That will be No. 6 Wingate, No. 7 Coker or No. 8 Lenoir-Rhyne.
Catawba didn’t play Lenoir-Rhyne or Coker during the regular season. Gantt said assistant Sandy Moore headed to Tennessee early to scout the play-in games.
The tournament is double-elimination. Catawba’s second game will be on Saturday at noon (if Catawba loses) or 3:45 (if Catawba wins).
Online tickets for the entire tournament are $25. Walkup tickets are $30. Tickets for a single day are $12.

By Mike London mike.london@salisburypost.com LANDIS — It was an underdog program from its opening night in 1996 until its final... read more