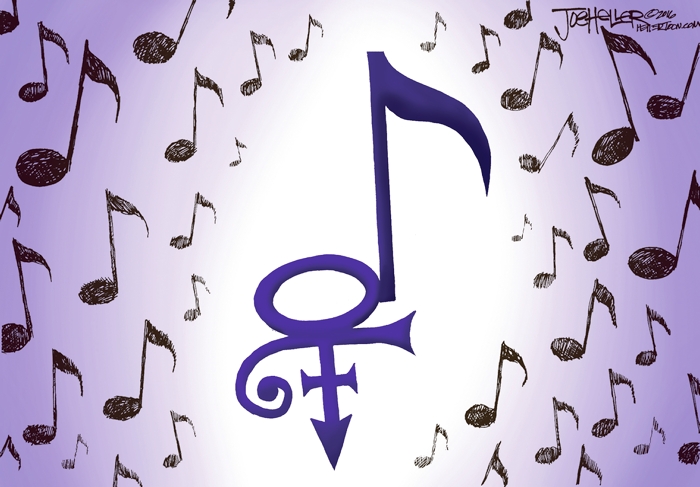 You can measure the longevity and artistry of a musician’s career by how often his or her music becomes the soundtrack of your life.

Prince’s music fit that bill for me. In my late 20s, I was at a cast party after a play at the Arena Stage in Washington, D.C., when someone put on “I Would Die 4 U” and people screamed in delight, running to the dance floor.

In the late afternoon of New Year’s Eve 1998, I drove frantically around West Los Angeles intent on finding a CD with Prince’s “1999” on it to take to a friend’s party. I got it. My goal was to play it at midnight as 1999 dawned and we watched fireworks burst in the sky. I can’t remember at which hour it actually got played. What difference did it make? It had come out ages before _ 1982. I was just happy I had found it in a record store (this was back in the day) on what to me seemed the most magical night you could play it.

I know I’m just one of the legions of fans forever mesmerized by his music’s exuberance and edginess. But I’m also not alone in thinking a lot of what he did was hokey. The name change made me roll my eyes. Some of his weird fashion get-ups were just … weird. I remember the movie “Purple Rain” as filled with great music but also vaguely sexist. There was Prince cavorting with the Amazonian actress, Apollonia — who dwarfed his slight frame _ and forcing her to strip down in one scene. Years later, he redeemed himself in my eyes by working with Bonnie Raitt, the wonderful blues and folk-rock singer and guitarist, as she set about remaking her career and eventually becoming the music star she deserved to be.

That’s perhaps another sign of his artistry — that he influenced fans and artists alike over the course of his too-short 57 years. On the day of his death, it’s worth remembering that a lot of what he did was experimental and pushed boundaries — a lesson that one-note techno-pop songsters could take.