Dr. Ada Fisher: God is all around 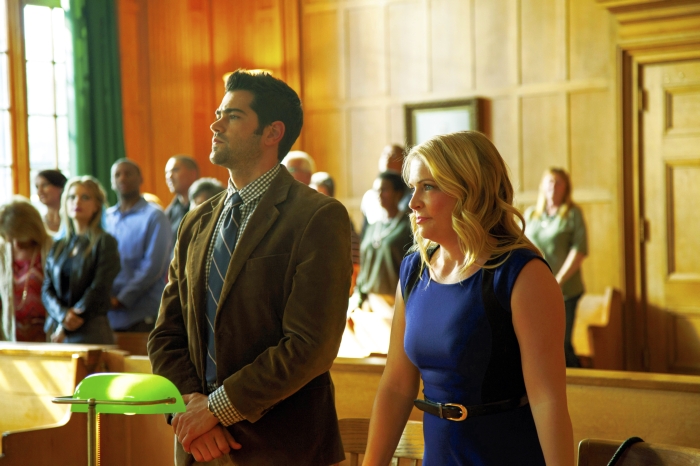 Jesse Metcalf, left, and Melissa Joan Hart in a scene from "God's Not Dead 2,." Pureflix photo

The movie “God Is Not Dead II” is one that should resonate with all religions, belief systems or searchers for constitutional freedoms. Free speech on issues of conscious, schools, public gatherings or those with a different point of view are used to misinterpret the U.S. Constitution, citing the separation of church and state which is not within this founding document.

Any discussion of Jesus as a historical figure is allowable, as should be that of Abraham, Mohammed, Buddha and other pillars of faith. The movie’s legal arguments are outstanding and will move the hearts of most. The sincerity of those desiring to acknowledge their belief in God is one that the U.S. Congress supports with its designated chaplain. By the same token, the disallowance of free speech by others not sharing those beliefs is too often experienced not just about religion but much of politics.

I part ways with those holding positions of public trust who would deny others the protections required in their lawful activities with which I might disagree. Pharmacists may be in the wrong profession if they hold critical roles in health care but want to withhold lawfully prescribed medications because they disagree with who the recipients are or the activities such may be used for. By their very nature, private clubs and private businesses — neither engaged with the general public nor taking government funds — shouldn’t be subjected to discrimination suits for serving whom they chose.

The advent of photos on demand from phones, car cams or other devices allows those non-involved to pry and spy on activities which may not be their business or intrude on others’ privacy. The limits of the free speech provisions of the U.S. Constitution are challenged when citizens find their lawful conversations or sequestered actions recorded without their knowledge.

It should be an implicit understanding in this nation that in exercising the tenets of one’s religion, the Constitution or laws are not violated. Jesus is quoted as saying, “Render unto Caesar the things that are Caesar’s, and unto God the things that are God’s.” (Matthew 22:21)

Public polls would have one believe there is a correlation with trending decreased church attendance and support for God. I beg to differ. As our soldiers willingly take up arms to preserve democracy for others or when people donate their organs or donations mount for charitable organizations, we “see a sermon rather than hear one” every day, knowing God is very much alive.

Other voices: Another ban on tobacco?