Thanks to community, Granite Quarry Elementary has new walking track 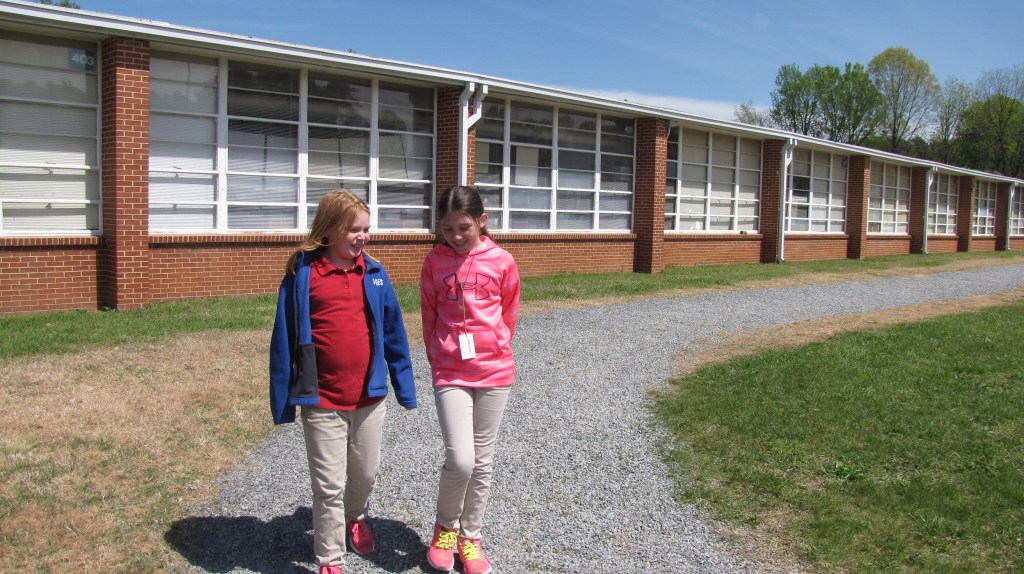 GRANITE QUARRY — Granite Quarry Elementary is sporting a new walking track after parents and the community banded together.

School PTA member Julie Humphreys said that Principal Catherine Hinson approached the group in the fall about adding an extension to the school’s current walking track.

“She has kind of this grand vision of being outside and being active,” Humphreys said.

The new track would provide options for kids during recess, as well as supporting active groups like Girls on the Run and the Mighty Milers. The school began fundraising, selling cookie dough and wrapping paper. But the extension, plus resurfacing the old loop, didn’t seem like it would come cheaply. Hinson said the first quote they got from a contractor was $10,000.

“We kind of buckled down and got ready to raise some more money,” Hinson.

While the PTA fundraised, they contacted Vulcan Materials to see if they could cut costs by getting the gravel donated. Government and Business Relations Manager Denise Hallett said the company couldn’t donate the amount of gravel the contractor suggested, but she could put them in touch with local fitness expert David Freeze.

Freeze said he’s worked on laying out tracks at schools and local community organizations for more than 15 years with United Way Day of Caring and various community projects.

“It’s right down my alley with the running and all that, too,” Freeze said.

Freeze offered to spray and grade the loop as well as lay the gravel.

“It’s such a pleasure to do that kind of thing for caring individuals,” he said.

With Freeze’s stone estimate, Vulcan was able to donate 40 tons of unwashed stone – a $1,240 value.

“We like to do projects like that for education. . . . It’s a way that we can take an outreach opportunity with a project with our product versus writing a check,” Hallett said.

With the donation, and Freeze laying the track, Granite Quarry Elementary’s newest playground feature came at a fraction of the estimated cost.

Completed, one loop around the new track is a little over a quarter of a mile. Hinson said that from the beginning, the project had huge parent and community support. And now that it’s finished, Hinson said, the track has been a big hit with the kids.

“It was just an amazing project,” she said.