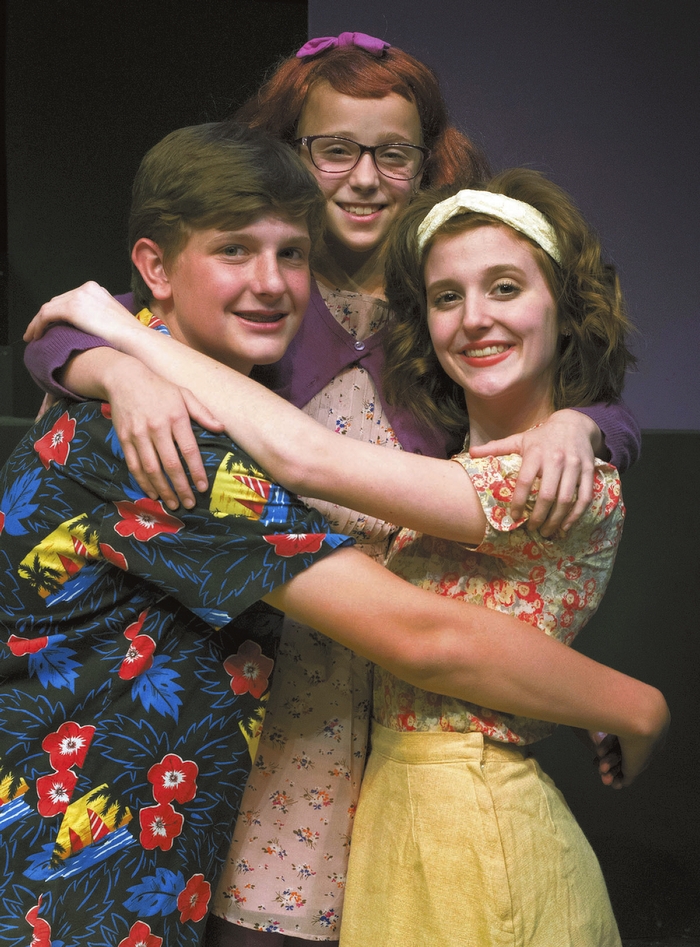 It’s Junie B. Jones’ first day of first grade and a lot of things have changed for her: Junie’s friend Lucille (Sari Lewin) doesn’t want to be her best pal anymore, and on the bus, Junie B. (Emery Franz) makes friends with Herb (Connor Towns), the new kid at school.

Also, Junie has trouble reading the blackboard and her teacher Mr. Scary (Garrett Kennedy) thinks she may need glasses. Throw in a friendly cafeteria lady (Sara Beth Richard), a kickball tournament and a “Top-Secret Personal Beeswax Journal,” and first grade has never been more exciting.

With 30 titles and translated into over a dozen languages, the book series has sold more than 60 million books and was heralded as “the darling of the young-reader set” by USA Today while spending over 180 weeks on the New York Times bestseller list. Consistently a classroom favorite, the stories of this outrageously funny kindergartener have kept kids (and their grownups) laughing — and reading — for more than two decades.

The Piedmont Players Theatre version, opening next Thursday at the Norvell Theater, brings the books to life in a genuinely comical, and not strictly-for-kids musical and is sure to awaken young people’s desire to read with the sassy little diva Junie B. Jones and her adventures in first grade.

Featuring tremendously loveable characters and fun-filled songs, PPT’s “Junie B. Jones: The Musical” will capture the hearts of theatre-goers just as the books captivated an entire generation of students. Park once said of the series, “I’ve never been sure whether Junie B.’s fans love her in spite of her imperfections … or because of them.” Come to the Norvell and judge for yourself!