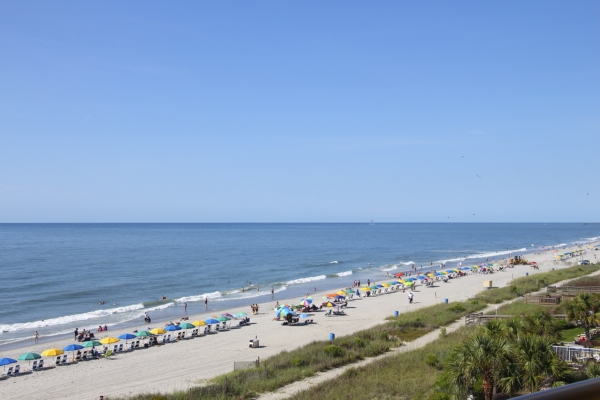 Myrtle Beach and most other beaches do not have a plastic bag ban.

Sunlight is said to be the best of disinfectants.

Sometimes people request public records because they’re looking for an exposé, a wrong to right or a cause to advocate.

The main goal is illumination. If they discover along the way that disinfectant is needed, so be it.

Fortunately, North Carolina has laws to ensure government records are open to citizens, regardless of motives. If you request a document that is a public record, you can see it.

The Post’s recent look at elected officials’ travel expenses fits in the category of trying to figure out what’s going on.

After the 2015 municipal elections, questions arose in Landis about the town board’s travel policy, and reporter Rebecca Rider decided to look into recent board expenditures.

As Rider reported in January, she discovered that four members of the Landis Board of Aldermen had spent about $17,000 — more than half of their annual $30,000 travel budget —  during a three-day ElectriCities conference in Myrtle Beach in August 2015. Expenses included some high restaurant tabs and extra nights at the hotel.

One alderman, Dorland Abernathy, got reimbursed for meals he and his wife ate in Charleston, where they went on their way back from Myrtle Beach — a circuitous trip, considering Charleston is farther south. The alderman said the town would have paid for meals along the way if he and his wife had come directly home; they just chose a different route.

Some officials said they had concerns about all the spending that was going on, but the town had no policy. James Furr said the board’s lack of reaction to his concerns about travel expenses was one of the reasons he decided not to seek re-election.

Two of the aldermen on the Myrtle Beach trip, Tony Hilton and Roger Safrit, lost re-election. The other two, Dennis Brown and Abernathy, are still on the board.

The Landis board members’ expenses did not break the law, violate town policy or go over budget. The spending did, however, push the officials’ freedom so far that other board members finally said enough. The board instated a travel policy in February with a $75-per-day meal limit and a ban on charging gas for private vehicles on the town credit card, among other things.

End of story? Not quite. Knowing that the Landis board had no policy and spent $17,000 at a three-day conference raised an obvious question. Do other local elected officials spend public funds this way? Maybe the Landis aldermen were just doing what everyone does.

The Post news staff decided to request more records, this time from Landis and eight other municipal boards, the county board of commissioners and the Rowan-Salisbury Board of Education, covering all of the 2014-15 fiscal year and half of 2015-16.

Landis still stood out. No other five-member board budgeted $30,000 a year for travel. Part of that expense was attending the ElectriCities Conference; Landis is the only Rowan municipality that runs an electric utility. Landis is also the only town board whose members turned in $400 tabs from a Raleigh oyster bar.

In the period the Post studied, the Landis board’s travel expenses totaled nearly $45,000.

Remember James Furr, who opted not to seek re-election as Landis mayor because he was concerned about travel? During the period covered by the Post’s inquiry, Furr sought travel reimbursement for representing the town at more than 90 meetings or events. In all, he received about $13,000.

Some boards receive stipends to cover expenses as they arise, without having to turn in receipts or mileage. County commissioners — who represent 138,000 people — receive $300 a month. Beyond that, they had about $3,800 in travel expenses in the period the Post examined.

The seven-member school board gets monthly travel stipends of $350 for board members and $450 for the chairman, adding up to $30,600 a year. Beyond that, board members reported an additional $3,774.39 in expenses.

If travel expenses were based on the number of citizens a board represents and those two county boards spent as much per resident as Landis, each board’s  travel would top $200,000.

Fortunately, it doesn’t work that way.

Public service can be a thankless job. Meetings drag on, citizens call at all hours, and needs far outweigh funds. With no policy to guide them, elected officials could feel a nice meal is small compensation for the hours they spend on the public’s business — and they could be right, especially if the money is budgeted.

Now that these expenses have been brought into the sunshine, though, it appears some officials have taken advantage of the public purse more than others. Citizens should let officials know if such spending is OK with them, or if it’s time to put more disinfectant to work.

Editorial: Community grateful to and for Ketner