From staff reports
South Rowan’s baseball team came back from an early 5-0 deficit and beat Cox Mill 6-5 on Thursday in SPC action.
“Every road win in this league is a good one,” South Rowan coach Thad Chrismon said.
Walker Joyce allowed five runs in the first inning — four unearned — but he hung in the game for six innings and gave the Raiders (4-1, 3-1 SPC) a chance to come back.
“He battled. He kept us in it,” Chrismon said.
Peyton Penninger’s two-run triple in the third started the comeback.
Hits by Tyler Shephard and Dillon Norton led to two runs in the fourth.
South got the tying and go-ahead runs in the sixth when Dawson Larrimore and Tyler Rary produced hits and scored.
Joyce got the win. Norton pitched the seventh for the save.
South is part of a five-way tie for first place.

College swimming
Competing in the Division II Nationals in Indianapolis, McKenzie Stevens (Salisbury) finished second in the 200 freestyle in 1:47.96.
Stevens placed sixth in the 1000 free.

College baseball
Catawba pounded out 20 hits in a 24-3 SAC win at Anderson on Friday.
Will Albertson had four hits, while Chance Bowden (Salisbury) had five RBIs.
Albertson and Malachi Hanes homered.
Shaefer Shepard (3-2) got the win for the Indians (12-8, 4-3). He pitched seven innings and allowed seven hits.
Luke Setzer (East Rowan) had a two-run single, Zac Almond had a two-run double. Jake Kimble drove in three runs.

College basketball
Davidson County Community College lost 105-103 in overtime to Rochester in the national semifinals held in Loch Sheldrake, N.Y.
Tre Williams (Carson) had a tremendous night with 34 points. He shot 11-for-15 from the field and 11-for-11 from the line.
The Storm (30-4) will play in the third-place game at 5 p.m. today.

Prep football
Charlie Gray was announced as Northwest Cabarrus’ new football coach in January, but on March 1, he was “informed that the position had been vacated and he was no longer coach.”

Salisbury Academy
Salisbury Academy’s baseball team lost 9-8 to Hickory Christian.
Graham Smith struck out eight and also had three hits.
Next up for the Jaguars is North Hills on Monday at Ellis Park.

Golf
PALM HARBOR, Fla. — Jordan Spieth holed three shots from off the green and made the cut with one shot to spare Friday in the Valspar Championship. Now he has to figure out how to catch up to Steve Stricker and Will MacKenzie.
Stricker holed out from the 10th fairway for eagle on his way to a 5-under 66 that gave him a share of the lead with MacKenzie, who had a 67.
They were a shot ahead of Bill Haas, Daniel Berger and Graham DeLaet.
Spieth rallied from his opening 76 with a 68 by making five birdies and a couple of tough pars that he needed to make sure he stuck around for the weekend with hopes of defending his title.
THAILAND CLASSIC
HUA HIN, Thailand — Australia’s Scott Hend shot an 8-under 64 in the Thailand Classic for a share of the second-round lead with Sweden’s Pelle Edberg.
Edberg had a 67 to match Hend at 12-under 132 at Black Mountain. Thailand’s Panuphol Pittayarat was a stroke back after a 65.
First-round leader Peter Uihlein of the United States followed his opening 64 with a 71 to drop three strokes back in the event sanctioned by the European and Asian tours. 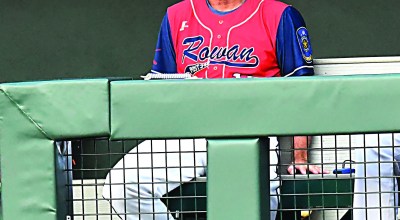 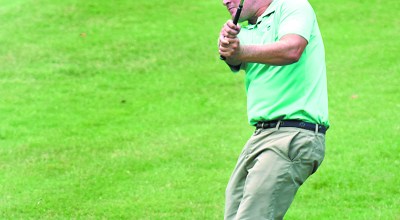