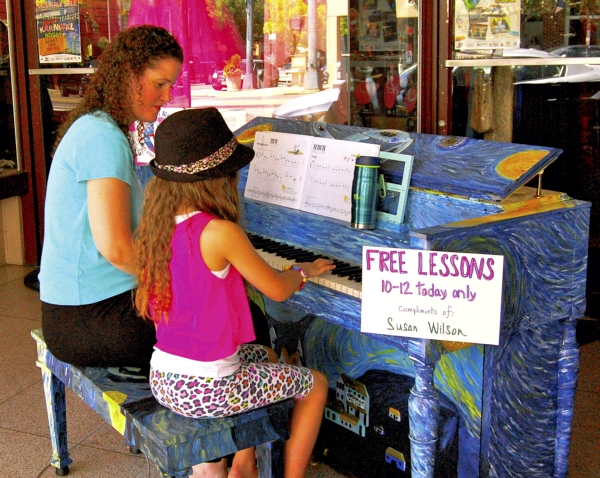 Editorial: 11 signs a city will succeed

An article in the March issue of The Atlantic seems timely as Salisbury-Rowan talks about a branding strategy and what makes this area unique.

Uniqueness is great, but there are also traits that successful cities share, according to writer James Fallows. He and his wife, Jane, came up with this informal checklist as they covered 54,000 miles across the country. They made extended visits in two dozen cities and shorter stops in another two dozen. Early in the process, they noticed features the better cities had in common. Perhaps not coincidentally, Salisbury has several of these traits — and needs to work on others.

1. Divisive national politics seem a distant concern. Fallows says conversations he had in thriving cities were about practical problems that a community could address. “The more often national politics came into local discussions, the worse shape the town was in.” Salisbury’s nonpartisan City Council elections may help the city keep national divisions at arm’s length.

2. You can pick out the local patriots. Fallows is not talking about flag-wavers as much as people who make each city go, the opinion leaders who get things done. In Salisbury, Paul Fisher of F&M Bank is one such person. Several mayors have fit the bill. The late Jim Hurley was the go-to person during his years as the Post’s publisher. Who else?

3. “Public-private partnerships” are real. Indeed they are, from the transformation of The Plaza to the donation of heating and air-conditioning equipment to Rowan-Cabarrus Community College. Salisbury could use more big-picture projects that involve public and private entities.

4. People know the civic story. This comes close to being a city’s brand or reputation, what it’s known for. History and culture are strong themes here; in what other town this size can a person find so many theater offerings? Is that our civic story?

5. They have a downtown — “the quickest single marker of the condition of a town.” Salisbury clearly can check off this item. Downtown is always in a state of flux, with businesses coming and going, as Pam Hylton Coffield says in her letter to the editor today. But downtown consistently has energy and activity that draw people from well beyond the city limits.

6. They are near a research university. Fallows says such universities are the modern equivalent of a natural harbor or river confluence; they lift the economy. The N.C. Research Campus in Kannapolis is headed in that direction. The cumulative effect of Salisbury’s three colleges and one seminary is also great.

7. They have, and care about, a community college. And how. Rowan-Cabarrus Community College is one of Rowan’s greatest assets. It’s an integral part of the community and a tremendous resource.

8. They have unusual schools. Fallows refers to individual schools, not school systems, and says they can be traditional, charter, boarding, private. “The common theme was intensity of experimentation.” Salisbury is moving in that direction; the co-principals at Knox Middle have put together plans for a science- and arts-centered magnet school. The city needs more of these unconventional approaches.

9. They make themselves open. You don’t hear a lot of anti-immigrant fever in these cities, Fallows says. Salisbury appears to embrace diversity and welcome all. Whether people get that feeling in the larger community is less certain.

10. They have big plans. Kannapolis fits this description to a T; what could be bigger than buying your downtown and spearheading its development? Salisbury touts its Fibrant broadband network, but what’s the plan going forward?

11. They have craft breweries — perhaps the most reliable marker, according to Fallows. This seems like an odd common denominator, but Fallows explains: “A town that has craft breweries also has a certain kind of entrepreneur, and a critical mass of mainly young … customers.” Salisbury can check that off the list too. Two craft breweries are set to open soon, New Sarum and Morgan Ridge.

By David M. Shribman Tribune Media Service The character of the Republican Party is in the throes of a difficult, dramatic... read more