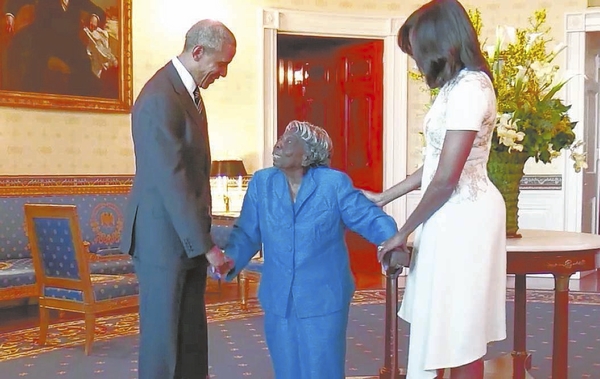 The depths of violent segregation. The Harlem Renaissance. Integration of the U.S. military. The infamous Tuskegee Syphilis experiment. Jackie Robinson and the smashing of the color barrier in Major League Baseball. The rise of the civil rights movement in the 1950s and 1960s.

Brown v. Board of Education. The death of Emmett Till and the defiance of Rosa Parks. James Meredith, Martin Luther King Jr., Malcolm X and hundreds of other civil rights icons.

Now she meets the nation’s first black president, something she never imagined, and in Barack and Michelle Obama, she sees the product of individual sacrifices.