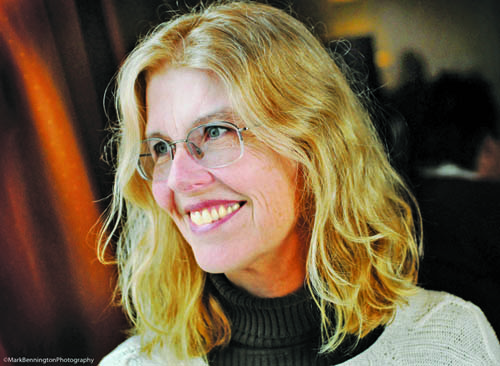 Mark Bennington Photography. Jane Smiley, author of 'A Thousand Acres,' will be the featured speaker at the 30th annual Brady Author's Symposium at Catawba College.

Tickets for Smiley’s lecture, a seated luncheon, book signing and question and answer session are now on sale online at www.catawba.edu/authorsymposium or by contacting Betsy Mowery in Catawba’s Public Relations Office at 704-637-4393.

Smiley is the author of numerous novels, including “A Thousand Acres” (1991), a story that is loosely based on Williams Shakespeare’s “King Lear” and was awarded the Pulitzer Prize for Fiction in 1992. Most recently, she completed the final volume, “Golden Age,” of the three-volume The Last Hundred Years trilogy. In 2001, she was elected a member of The American Academy of Arts and Letters. She has also received the PEN Center USA Lifetime Achievement Award for Literature.

Much of Smiley’s writing focuses on the American farm and the lives of the families who gain, own, maintain, change and lose the farming way of life. Because of this, Catawba has chosen to make Smiley’s mid-March visit a centerpiece for the campus’ March celebration of Farmin’ Month. For a complete listing of campus activities that are planned to raise awareness about the importance of farming, visit www.catawba.edu/farminmonth.

Smiley was born in 1949 in Los Angeles, and while still an infant, moved to the suburbs of St. Louis, Missouri. She lived there through grammar school and high school and earned her bachelor of arts degree from Vassar College in 1971, then traveled to Europe for a year where she worked on an archaeological dig and went sightseeing.

When she returned to the states, she came to Iowa City where she earned several degrees from the University of Iowa, including a master of arts, a master of fine arts, and a Ph.D. While working towards her doctorate, she spent a year studying in Iceland as a Fulbright Scholar. In 1981, she went to work at Iowa State University in Ames as a professor of English and taught until 1996.

Her best-selling “A Thousand Acres,” was adapted into a film of the same title in 1997. In 1995, she wrote her sole television script, produced for an episode of “Homicide: Life on the Street.” Her novella “The Age of Grief” was made into the 2002 film “The Secret Lives of Dentists.”

She lives in California, where she participates in the annual Los Angeles Times Festival of Books in association with UCLA.