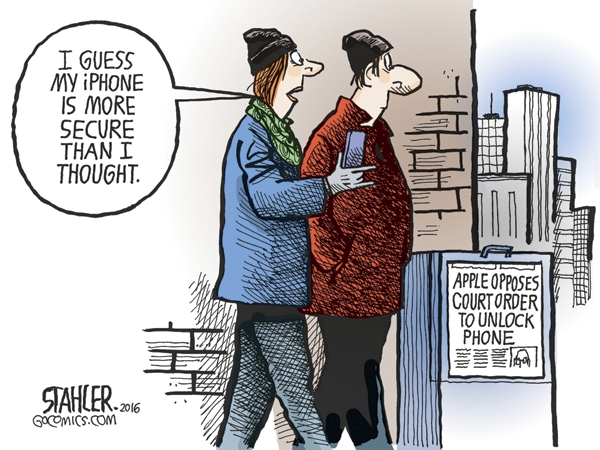 Such an amazing young man! A true legend! Wendy and Travis, thanks for sharing your son with the world. He made it a much better place. My thoughts and prayers are with you and your families. Take comfort in knowing that you have such an amazing son!

This is such a heartwarming and heartbreaking story all at once. I only wish he could have met the Panthers. Stephen had a spirit larger than life and his determination is what we need more of in this world. To both families and the many people whose lives Stephen touched, you are in my prayers. Stephen is whole now and all of his challenges are won. … Well done, thy good and faithful servant, well done.

An incredible young man, an inspiration to all. Fly free in Heaven, Stephen!

Frankly, I like the look of the new maps. Gerrymandering would finally appear to come to an end in North Carolina. However, I still find it laughable that Democrats were so angered over Republicans doing exactly what the Democrats had done for years. … Perhaps the issue, which has festered since the early 90’s, will finally be put to bed permanently?

I support Pattie Curran because she is serious about acting on behalf of the constituents of the 5th District, according to the authority granted by the U.S. Constitution to members of the House of Representatives. It is time to return to the too-long-forgotten principles of limited government and citizen-statesmen.

Has Rep. Virginia Foxx ever listened to her constituents? No. Does she do town halls and answer questions on her voting record? No. Why not?

… Obama and the GOP

It appears that the GOP is putting itself ahead of the nation and the best interests of its people. It is not about Obama, Cruz, Trump or any single personal or corporate entity. It is about promoting the general welfare of the United States of America and its citizens.

Smear campaigns are funded by individual donors, corporate donors, and super-PACs. The FBI is not a wing of the GOP, so that expenditure of taxpayer money is not on them. They have not demanded a special prosecutor, so the answer to the question is, not very much.

Property owners can still prohibit concealed weapons; they will just need to make sure their insurance carriers will cover it. A bill making it illegal to ban them or making such signs ineffective would be stripping the property owners of their rights. There are rural parts of this state where you have to drive long distances for necessaries that may be immediately needed like medicine and formula, particularly at night. Many CCW holders frequently ignore those signs, to their peril. This Tenn. bill balances those rights.

… 550 to be laid off at Cleveland Daimler plant

I don’t pretend to understand the reasoning for such layoffs, but I just feel really bad for those employees and their families who are going through this. I’ve been “let go” before, and it’s not fun. They will all be in my prayers.

Truck orders have been tanking industrywide. They’ve been going down for several months and since November have really stunk. According to folks that follow the industry, January saw industry wide declines of 48 percent. It could be an indicator of things to come economywide.

It was so good to read about Greer. I was a broker with Goodman Realty in the late ‘70s to mid ‘80s and enjoyed working with Greer and Flo. They were such good people and very passionate about the real estate business. I moved back to Lakeland, Florida, in the late ‘80s; however, I visit Salisbury every year. … I’m sad to hear that Flo has passed, but it’s refreshing to read Greer’s story. I never realized he saw so much action during WWII and was a war hero. Amazing story! So glad the Salisbury Post featured a story on this remarkable man who served his country and Rowan County well.

A great hero and still a wonderful man.

It has been a pleasure to get to know Greer Goodman as a fellow Salisbury Lion member; he is a man of high integrity!!

… Everyone deserves their ‘Night to Shine’

Yay for Tim Tebow, my new favorite sports hero, and our sweet Emily in her divine sparkly red dress! Wish there were a photo of her here, too; however, I loved the description in the article of her happiness. I know it was a magical night for her and her friends. God bless you, Tim Tebow, for sharing God’s love in such a delightfully unique, exciting way! XO to Emily and mama Debbie from your Nags Head neighbor, Lynne

I understand the intensity that goes along with rivalry games, but in my opinion the state must discipline both sides. Both benches cleared, fans were involved. This can not happen. I did not go to any of the local high schools so I am being as impartial as can be. I can’t say what the punishment should be, but it should be justified enough to where both sides learn and feel the effect some way. Tough decision, good luck.

I think they should bench both teams. That’s crazy stuff. There is absolutely no need in that kind of conduct on the court.

North Rowan’s basketball team should be allowed to go on, seeing that Salisbury initiated the fight. Sad situation all around. I know both coaches well and most players from both teams.

Let’s not get too carried away with harsh assessments quite yet. I was present at the event. All of the press publications on the matter I’ve read sound far worse than anything I saw.

What did you see to refute the stories? I’m curious. A player punched an opposing player during the game. That’s pretty egregious by itself. I’m told another player punched the PA guy. In any event, it was bad enough to stop the game.

My mom’s cousin lost both his dogs in the fire.What a kind thing to do in their memory

Great news! Going to run by and check it out. It’s on the way to Ramsey Dog Park in Cornelius.

Also, can someone at the Salisbury Post do a little research about “leash” laws here and report it somewhere? Electronic collars meet or exceed all of the restraint requirements of Salisbury, Rowan County, and the state for a loose animal; a physical leash of rope, chain or whatever is not required. There is no physical “leash” requirement here.

Pam and Susan do an awesome job painting these special barn quilts. A lot of thought, time and energy go into making them unique and special for each family. Thanks for running this in the paper. It’s awesome. Way to go Pam and Susan!

Has the best and cleanest salad bar in Rowan County. I love the happy atmosphere. So happy for their success.

Village Inn has always been my favorite place. They have kept the same good tasting pizza all these years. Our first experience was at the original location on East Innes Street back in 1969. That’s when we first moved here. Expanding is great! Can’t wait to see the new look.

The best pizza around. I have been a customer for over 35 years, Loved the old place on Innes; been to several around the state. All very good.

Love Village Inn! Wish there was a location on the east side of Salisbury. Miss the old location.

All the employees are so very friendly and treat you so very nice, like they’ve known you for years.

Congratulations to Livinstone college for helping educate students in our area.

If that’s what you call it.

Yes, that is exactly what it is called. Educating students and providing opportunities for them to become productive citizens who care about their/our community, state and nation.

Quotes of the week: From basketball to politics