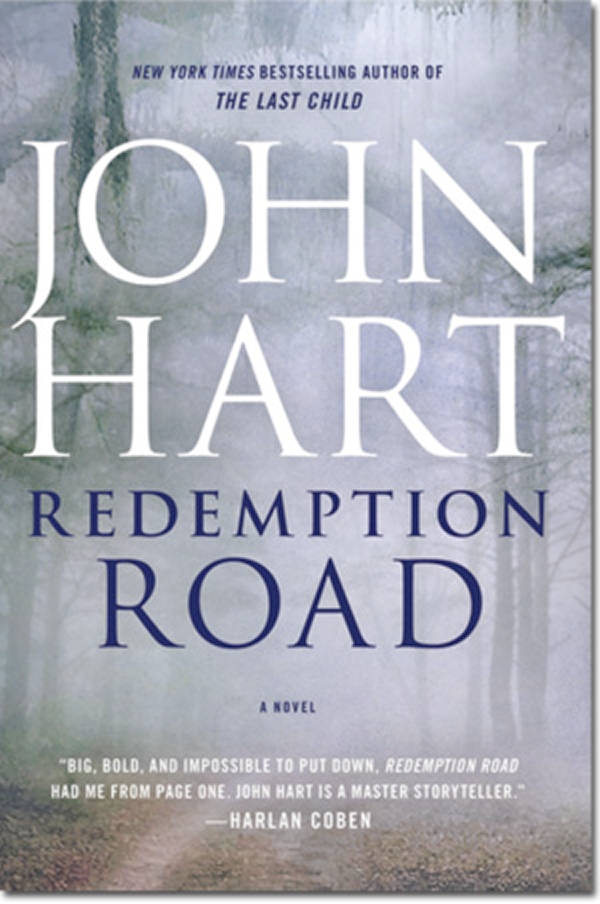 John Hart is on another list — and he’s in the company of some big names.

His newest book, “Redemption Road,” is on the Publishers Weekly list of the Most Anticipated Books of Spring 2016.

Also on the list is Don DeLillo, with “Zero K”; Louise Erdrich, with “LaRose”; Annie Proulx, with “Barkskins”; and  Stephen King, with “End of Watch.”

Dr. Damon Tweedy talks about “Black Man in a White Coat” on North Carolina Bookwatch today at noon and Thursday at 5 p.m. on UNC-TV.

Time Magazine recently named “Black Man in a White Coat” by Duke and Durham VA physician Damon Tweedy one of its Top Ten non-fictions books of 2015.

The book raises questions such as, “Why do black people suffer more health problems than other groups? What do these challenges mean in their everyday lives? How do their struggles play out before a largely white medical community? How can we begin to solve these seemingly intractable problems? Do I have a special role to play as a black physician?”

Writing about why it selected Dr. Tweedy’s book, Time wrote, “One of Tweedy’s first memorable experiences at Duke Medical School had nothing to do with cadavers or practice patients. It was when his professor mistook him for a janitor, on hand in the classroom, apparently, to change a burnt-out lightbulb. Instead of making Tweedy angry, the slight filled him with anxiety, and a propulsive (but clearly incorrect) fear that he was not good enough to get where he goes: through Duke, to Yale Law School and eventually into practice as a psychiatrist. This clear-eyed memoir doesn’t just deal with Tweedy’s own experiences at the intersection of race and medicine—he takes on the backgrounds of his patients, too.”

Later, Tweedy tells one poignant story of change. When Chester (not his real name) entered the emergency room showing signs of infection and injury to his kidneys, he made one request. “I don’t want no black doctor.”

Except Chester used the “N” word.

When Tweedy became his doctor, Chester would not speak to him directly, but as Tweedy learned about Chester’s life and love of baseball’s Atlanta Braves, things began to warm up. After about a week and a half in the hospital, Chester finally responded when Tweedy asked how he was doing. “Okay, doc. I think I’m getting better.”

Tweedy wondered how Chester could reconcile his hate for blacks with his love for the Braves, whose greatest star was a black player named Hank Aaron.

“Maybe,” wrote Tweedy, “in the same way that I sensed he was grudgingly coming to accept me as his physician.”

Unfortunately, Chester did not recover his health. But Tweedy had won over Chester and his entire family before his death. “Thanks for all you did for my daddy,” said the daughter who had worn the Confederate shirt.

“Thanks sir,” said her son. “My granddaddy liked you.”

Tweedy writes, “Here was Chester’s family, heirs to his bigoted ways, offering nothing but gratitude. I now saw how even racists such as Chester were capable of making genuine human connections with those they professed to hate.”

Tweedy’s book is full of such moving personal stories, all set against a backdrop of the shocking health conditions that confront black Americans and challenge our country.