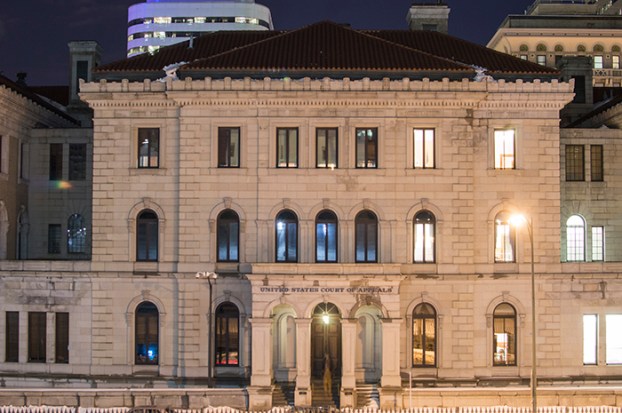 RICHMOND, Va. — Attorneys on both sides of Rowan County’s prayer lawsuit on Wednesday presented oral arguments to a three-judge panel in the U.S. Court of Appeals for the Fourth Circuit.

Rowan County on Wednesday was represented in federal appeals court by attorneys associated with Texas-based National Center for Life and Liberty. Plaintiffs Nan Lund, Robert Voelker and Lisa Montag-Siegel were represented in court by the American Civil Liberties Union.

Rowan County’s attorneys went first in oral arguments. They were given an initial 15 minutes to address complaints by the plaintiffs. Later they received additional time for a rebuttal.

Allyson Ho, an attorney for Rowan, focused part of her argument on whether the identity of a prayer giver — County Commissioners in this case — mattered. Ho said identity didn’t matter.

The identity of the prayer giver has gained greater significance in the ACLU’s arguments following Town of Greece vs. Galloway, a Supreme Court case permitting volunteer chaplains to give an opening invocation.

During oral arguments, Ho told judges 100 percent of Rowan County Commissioners’ prayers from 2007 to 2013 were overtly Christian. U.S. Judge J. Harvie Wilkinson repeatedly said he was concerned about the combination of legislators giving every prayer with 100 percent of prayers being Christian.

The other two judges — G. Steven Agee and Dennis Shedd — didn’t overtly discuss how they felt about issues in the case.

Judges didn’t rule on the case during Wednesday’s day in court. A ruling, however, is the most likely next step in the case. It’s unclear when a ruling might be issued.

A full story will appear in Thursday’s Salisbury Post.

By Amanda Raymond amanda.raymond@salisburypost.com Where are you sleeping tonight? Don’t be surprised if you are stopped tonight or even tomorrow... read more