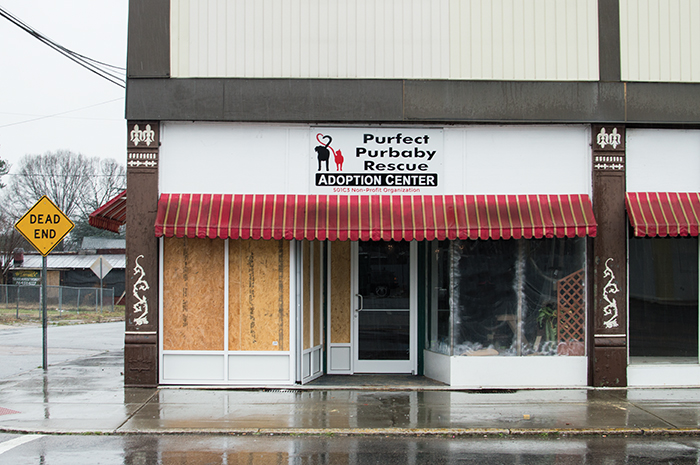 Rowan County has barred a local nonprofit group from adopting animals at the local animal shelter.

After animal abandonment charges were brought against its owner, Purfect Purbaby Rescue is no longer able to adopt animals from the shelter. County Manager Aaron Church confirmed the ban in an email to the Salisbury Post. Church said the ban applies to Jennifer Frasier, who runs the rescue, and her father Craig Gordon, who runs another group called Carolina Sanctuary and Rescue.

Church said the ban started on Dec. 31, about two weeks after Frasier and Gordon were arrested.

Both Fraiser and Gordon were charged with animal abandonment by Iredell County Animal Services. The charge stems from a November incident resulting in more than a dozen cats being left on the side of Short Dog Drive in Statesville. At least five of the cats were in Frasier’s possession for a time before they were abandoned. However, Frasier said she turned the cats over to another rescue group. She was only serving as a middle-man to help the animals get out of the shelter before being euthanized, Frasier said.

Church, however, said the criminal charges are only part of the reason for a ban.

He said the Rowan County Animal Shelter, in specific cases, reserves the right to prevent a person from adopting an animal.

Church declined to provide the full reason for the adoption ban on Frasier, Gordon and Purfect Purbaby Rescue. Instead, he pointed to policy changes Rowan County leaders are trying to make at the shelter.

“Rowan County sincerely appreciates the good work of responsible animal rescue groups,” Church said in an email. “The staff dedication under the leadership of Director Clai Martin and Animal Rescue organizations’ tireless effort and dedication to help animals is the key to our success.”

Continuing, he said county government will look at ways to improve the shelter’s rescue program. One potential improvement relating to charges against Frasier and Gordon is a limit on the number of animals that can be adopted at once.

“The improvements surrounding animal rescue groups may include initial site inspections, unannounced inspections, written standards for animal care guidelines, code of ethical conduct, limiting the number of animals rescued at any time given time and requiring that each rescue is in good standing as to any an all state and county licensing where appropriate,” he said.

Frasier’s and her father’s criminal charges occurred one year after Purfect Purbaby Rescue was formed. Documents filed with the Internal Revenue Service show the group started on Dec. 1, 2014.

Purfect Purbaby Rescue didn’t collect any money in its first month of operation, according to IRS filings. The groups revenue statements aren’t yet available for 2015.

Frasier and Concord resident Christinia Nelson are the only officers listed on available IRS documents.