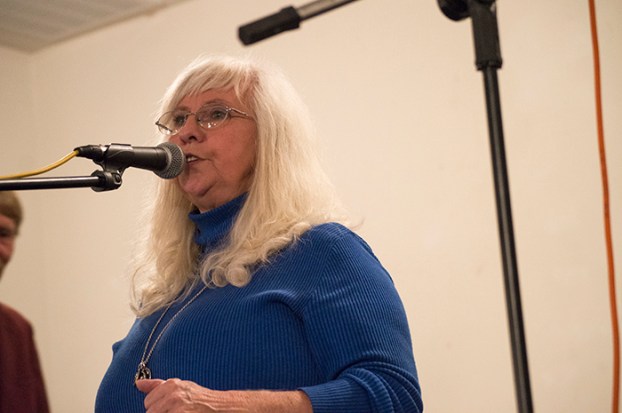 One of Rowan County’s own has been picked to lead the state’s bluegrass association.

Vivian Hopkins, an author and active community organizer in Rowan, was picked as the N.C. Bluegrass Association president in December. Originally from Wilkes County, she now lives in the Gold Hill community. She succeeds Ron Ackerman, who left the position after accepting a job in another state.

Hopkins has been a member of the state’s bluegrass association since its creation in 2012, and she said it’s an honor to become president. Late last year, she received a call from Ackerman, who said he planned to nominate Hopkins for the position.

“It’s an honor and a huge responsibility and I was astounded and I was thankful that I was nominated for the position,” she said.

As president, she hopes to plan more music events and give more recognition to the amateur and semi-professional bands. She stressed the importance of hosting events, even if they’re small.

“Bluegrass would die if we weren’t doing these small events, regionally and locally to push the music and teach our kids,” she said at benefit event on Saturday for local bluegrass icon Bob Shue.

Continuing to pass on the state’s bluegrass music to younger generations is particularly important, she said.

“It’s a family atmosphere, and it’s American traditional music that’s been handed down through the ages,” she said. “For me, there’s a huge importance of passing down that music.”

Before becoming president of the bluegrass association, Hopkins has been extensively involved in the Gold Hill community, including being vice president of the Historical Gold Hill and Mines Foundation Inc., chairman of the foundation’s education department and authoring a number of publications about the area.

She and her husband own The Fifth String and Co. located at The E. H. Montgomery General Store in Gold Hill. She hosts weekly jams at the Montgomery Store.

The Rowan-Salisbury Board of Education will discuss the proposed consolidation of two west Rowan elementary schools at its Monday meeting.... read more