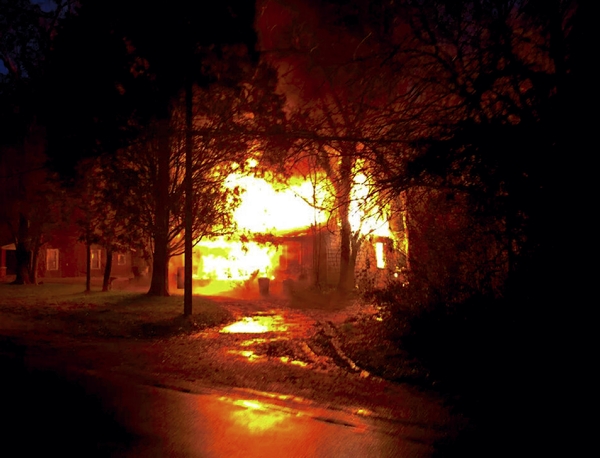 Roger Heilig doesn’t know what it was, but he got a feeling he needed to return home early Tuesday morning. He’d just left his Long Ferry Road home for work as a Salisbury Post newspaper carrier.

Heilig, 39, arrived in time to see the home he shared with his aunt Juanita Corriher, 86, engulfed in flames.

His first thought was to rush in to find their dog, Jack, an 11-year-old German Shepherd. The flames were so intense, Heilig said, he had to run back out. Heilig burned his face in the process, and he never found Jack.

It appeared the majority of the fire was focused on the back portion of the house, Heilig said.

“It was destroyed. Everything we’ve ever had is gone,” Heilig said.

He called 911 after not being able to find Jack and waited as his house burned. He’s being helped by the local chapter of the American Red Cross and has been in contact with his father to see what the family will be able to do.

Once the fire was extinguished, Heilig continued back on his route and finished delivering newspapers. He said he was been able to make it through the day with the strength and support he’s received from his customers, some of whom stopped to pray with him.

Heilig said he was told the cause of the fire appeared to be electrical. However, officials have not confirmed the official cause to the Post. The Rowan County Fire Marshal’s Office is investigating.

Spencer Fire Capt. Jeremi Carter said when responders arrived, the house was already 65 percent to 70 percent engulfed. Firefighters had to take a defensive approach to battling the fire. The fire was under control in under 25 minutes, he said.

By Shavonne Walker shavonne.walker@salisburypost.com GRANITE QUARRY — Although the origin of a number of KKK fliers that had been randomly... read more