Why Trump is riding high 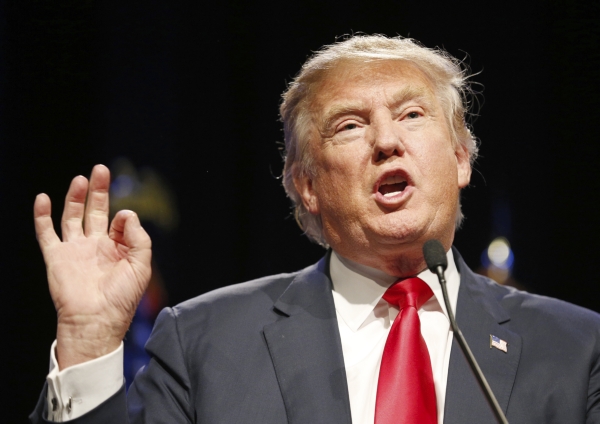 If someone were looking for a clinic on how a political candidacy can self-destruct, it would be hard to do better than Donald Trump’s campaign, which has consisted of one gaffe after another.

He referred to Mexican migrants as “rapists,” implied Fox News’ Megyn Kelly asked him tough questions because she was menstruating, claimed that thousands of Muslims in Jersey City cheered on 9/11, disparaged Carly Fiorina’s face and called for a temporary ban on the entry of foreign Muslims to the United States. Politics is about appealing to voters, and Trump’s chief talent is offending them.

Trump, unlike conventional politicians, has found that the best way to appeal to some people is by offending others — and the more grossly, the better. There lies the secret of his success so far. Trump does best with voters who are disgusted by the state of the country, contemptuous of the people governing them, hostile to the news media and happy to raise a middle finger to the traditional political process.

They like him because he is so different from the campaign norm. He says things he isn’t supposed to say, heaps ridicule on those who criticize him and vows to do all the things previous leaders have proved unable to do — whether it’s defeat the Islamic State or stop unauthorized immigration.

Trump sounds confident and makes such tasks sound easy. For voters impatient with complexity and incremental change, that makes him irresistible.

His admirers are also strikingly indifferent to anything critics say. Republican pollster Frank Luntz recently convened 29 current or former Trump supporters for a focus group and spent three hours exposing them to negative information about him. “Normally, if I did this for a campaign, I’d have destroyed the campaign by this point,” he told The Washington Post. But in this case, the effect was to make them like Trump even more.

Some of the fondness for Trump stems from attitudes that range from unsavory to vicious. He offers a refuge for voters who are bigoted toward minorities, intolerant of beliefs they don’t share and eager to believe the worst about Barack Obama — whom many of them simply hate.

Fellow GOP presidential contender Lindsey Graham offered an explanation for Trump’s popularity: “There’s about 40 percent of the Republican primary voter who believes that Obama was born in Kenya and is a Muslim.” Trump is happy to indulge those voters.

Over the past decade, Americans have gone through a brutal recession, an underwhelming recovery, two costly and inconclusive wars, and the rise of an ominous new terrorist threat abroad. Many Americans feel they’ve been punished or left behind, and not without reason.

Trump’s existing support isn’t likely to dry up any time soon. Republicans who talk about brokering the convention to deny him the nomination, or somehow drumming him out of the party, simply feed the suspicion of his followers that the elites are out to get him, and them.