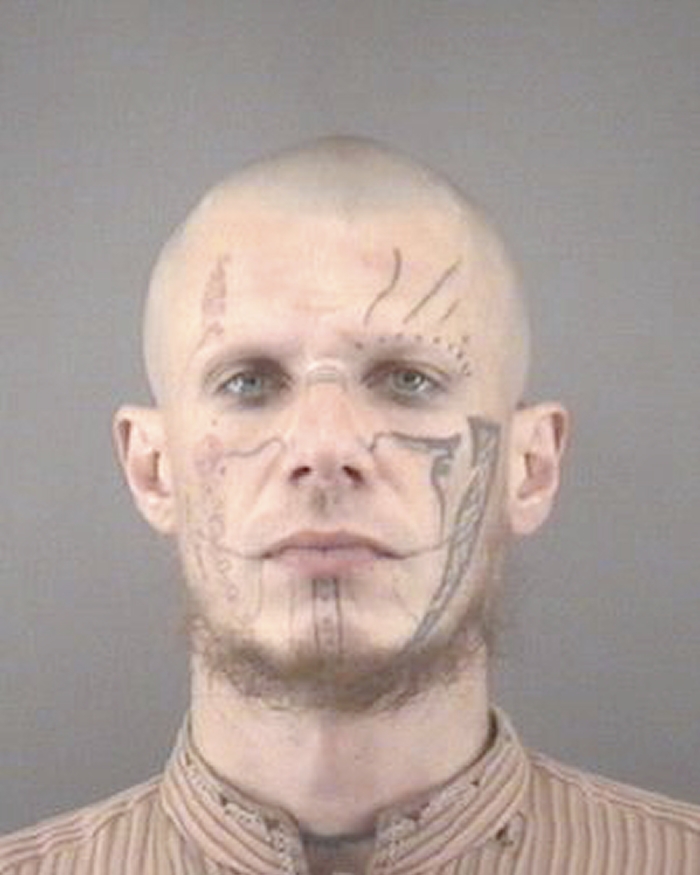 RALEIGH (AP) — A self-proclaimed Satanist awaiting trial on charges of killing a Salisbury man and helping bury another man has died following an apparent suicide in his jail cell early Wednesday, authorities said.

Pazuzu Algarad, 36, was found unresponsive in his cell at the Central Prison in Raleigh before dawn, the North Carolina Department of Public Safety said in a statement. Prison officials were unable to revive him and he was pronounced dead at 4:20 a.m.

The statement did not say how Algarad died. The News & Record of Greensboro reported that he had an arm wound, but did not elaborate.

Algarad was awaiting trial on charges of killing one of two men whose skeletal remains were found last year in the backyard of a now-demolished home that he shared with his girlfriend in Clemmons, a suburb of Winston-Salem. He had been sent to the prison in Raleigh under a safekeeping order in May.

Algarad was charged with killing Joshua Fredrick Wetzler in July 2009. Wetzler had been reported missing from Salisbury that year.

A video taken by a county housing inspector showed debris, animal carcasses and moldy ceilings at the home where the remains were found last October. Court documents stated that Algarad regularly performed “Satanic rituals” and animal sacrifices at the house.

He told psychiatrists he had been practicing the “Sumerian” religion that involved the monthly ritual sacrifice of a small animal. Psychiatrists had talked to his mother, who said she was worried he might try to kill himself if he were not allowed to perform his “dark moon” sacrifice.

Algarad was born John Alexander Lawson in San Francisco, but changed his name to Pazuzu Algarad in 2002.

Pazuzu was the name used for a demon in the movie “The Exorcist.”

Forsyth County District Attorney Jim O’Neill would not say how Algarad’s death might affect Burch’s trial. O’Neill said Algarad was probably at least a year away from trial himself.