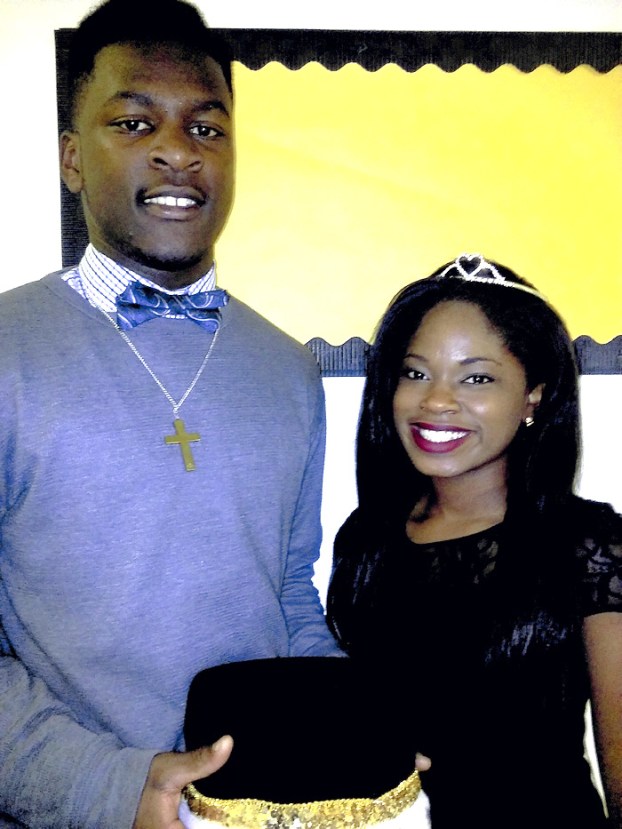 ubmitted photo Darius Jackson and Lora Withers were chosen for Homecoming King and Queen for Salisbury HIgh School on Oct. 9.

Hanford-Dole Elementary School has recognized the following students as the October Good Citizens for the character trait of responsibility. Each student received a personalized certificate and had his/her picture on the Good Citizen bulletin board for the month.

On Friday, Oct. 9, 2015, during the half-time activities, the homecoming court for 2015 was presented. The court consisted of representatives from all four classes. From the 14 senior class representatives, Lora Withers was selected Queen and Darius Jackson was selected King.

Lora is the daughter of Candice Johnson and Brian Withers. Lora is a member of the varsity volleyball team, member of the Student Government Association and Club Red. Lora plans to attend Eastern Carolina University.

Darius is the son of Mr. and Mrs. Ralpheal Tillman. Darius is a member of the varsity football, wrestling and track teams.

Gray Stone Day School recently held homecoming with many events centered around a soccer game held under the lights at Pfeiffer University. Prior to the game, students had a tailgate party, and competitions in volleyball, Frisbee, and kickball.

One group of students had a giant outdoor chess set and the game lasted for 3 hours.

The following night, a homecoming dance, sponsored by the parent organization, The Lance, was held at the school. There, the king and queen, who were voted on by the senior class, were crowned. They are Alex Irvin and Emily Moore. The schools in the Rowan-Salisbury system have not forgotten about the South Carolina flood victims. The Shive Elementary Student Council... read more