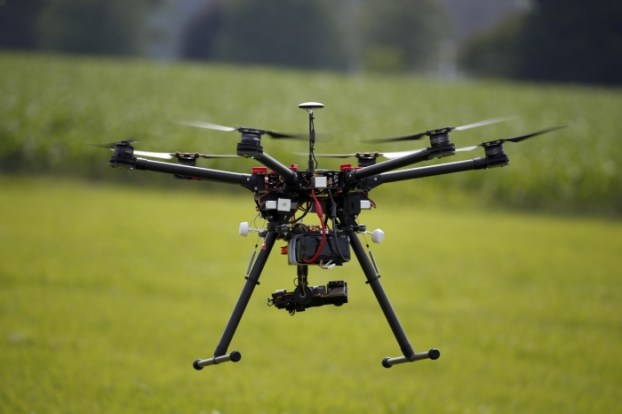 A hexacopter drone is flown during a drone demonstration at a farm in Cordova, Md. AP photo

Anyone who owns a car, motorcycle or plane must register it with authorities so they can be found and held accountable if they crash into someone or something. Soon the operators of drones, more formally known as unmanned aircraft systems, will have to do so too. This is very good news for public safety.

U.S. Transportation Secretary Anthony Foxx announced plans this week to require the owners of recreational drones to register them with the government, just as the owners of commercial drones must do. And he wants to have the mandate in place by the end of the year. A task force made up of about two dozen people — federal officials, pilots and executives from drone industry trade associations and drone manufacturers among them — has until Nov. 20 to recommend a workable registration process. Good luck to them.

This ambitious timeline is a clear and welcome statement that federal officials recognize the growing threat posed by the proliferation of recreational drones operated by people who don’t know the first thing about airspace. And it can’t come soon enough. The market for consumer drones has been exploding. This year is expected to be the biggest yet for the nascent industry, with U.S. sales growing 63 percent above 2014. That means an additional 700,000 drones in the hands of people who may not know basic safety rules, such as the ban on flying above 400 feet or within five miles of an airport.

Scary close encounters have increased even more than sales, doubling since last year. Hundreds of close calls with drones have been reported by airplane pilots this year, including some fighting wildfires. Just last week, a Southwest Airlines pilot reported a drone way too close for comfort as he was landing at Los Angeles International Airport. So far, no major collisions have occurred. But we ought not tempt fate any longer by ignoring the potential danger.

The task force has a short time to grapple with some substantial issues, from where and how to register drones (online or at the point of sale?) to whether small, toy drones ought to be exempt. It also must ponder how registration will translate into accountability without technology that allows drones to be identified remotely. A license plate or tail number large enough for someone to read from 500 feet isn’t practical for an object as small as the typical drone.

Whatever the task force recommends on registration, it should include a plan for educating drone buyers about safe flying. We believe that most drone operators wouldn’t knowingly endanger airplane passengers or the crew of an air tanker. Giving out information as part of the mandatory registration process could go a long way toward ensuring that there’s understanding as well as accountability.

Leonard Pitts: Living in a world that Playboy made

I used to love Playboy magazine. And yes, it was mainly for the articles. But I wasn’t exactly repulsed by... read more