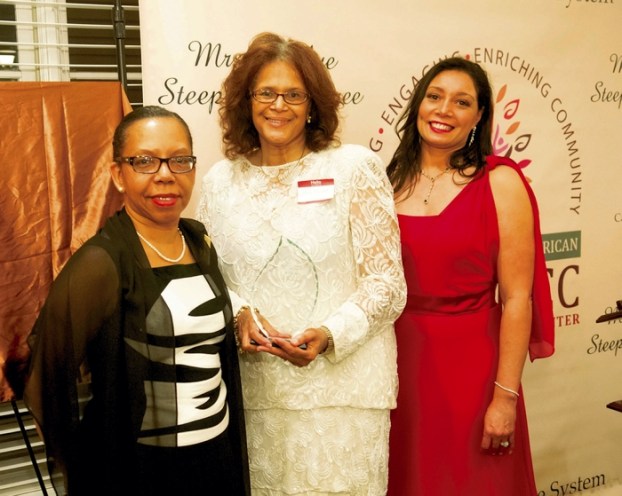 The perpetual theme for KAA-MaCC is “Continuing the Quest for History Untold.” The Kannapolis African-American Museum and Cultural Center, Inc. (KAA-MaCC) held its second anniversary celebration on Saturday, Oct. 3, at The Club at Irish Creek in Kannapolis. Board members Larry Johnson, fundraiser chairman, and Jacqueline Anthony, President/CEO, were host and hostess. Some 130 attendees celebrated with the organization.

The perpetual theme for KAA-MaCC is “Continuing the Quest for History Untold.” The founder, Dr. Ruby Anthony-White informed the audience that the history of African Americans in Cabarrus County and surrounding towns is much “unknown, untold and collected.” The organization plans to collect and preserve the history of African American in a local museum. However, the museum and cultural center will be open to all people.

The program for the evening included a guest speaker, Mr. John W. Hill Jr., a native of Kannapolis, a member of the George Washington Carver High School Class of 1965 and, currently, a City Councilman in Winchester, Virginia. Mr. Hill shared memories and reminiscences of growing up in the Rutledge Town neighborhood and the friends who influenced his upbringing.

The 501(c)(3) organization unveiled its logo that represents a unified, diverse group of people, who are serving, engaging, and enriching a cross-cultural community. Also, a step and repeat backdrop displayed the official logo and sponsors of the celebration. A silent auction with prints of Democratic and Republican presidents by artist Andy Thomas, were available along with other items ranging from a King Tut bust, an African mask, jewelry/handbag from the Kim Carr collection.

The evening program concluded with remarks by Dr. Anthony-White who thanked the guests, speaker, sponsors and supporters, families and friends. A special thank you was given to the fundraising committee, the hostesses, and event coordinator, Leondras P. Davis. Dr. Anthony-White also reported that KAA-MaCC is “alive and well” and, for now, is focusing on implementing plans for Board development. An equal focus will be partnering with the City of Kannapolis for its plans for a Historical and Cultural District. She reminded everyone to further their interest in museums by visiting the local ones first and to start organizing memorabilia, recorded interviews, and other artifacts for potential display in the museum.

By Megan Braun For the Salisbury Post Since 1986, Terri Correll has devoted her time to a special hobby –... read more