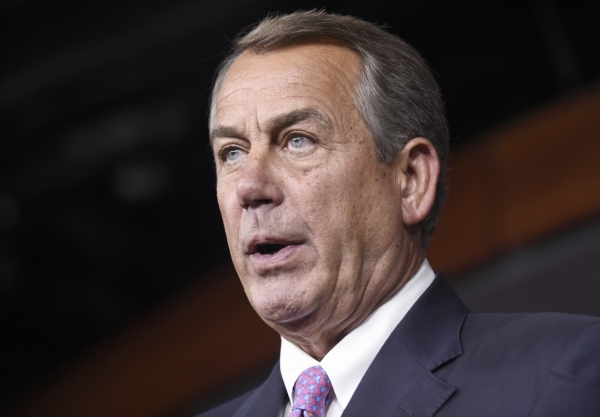 House Speaker John Boehner of Ohio speaks during a news conference on Capitol Hill in Washington.

Michael Bitzer: Boehner grew more conservative, but not enough for some

House Speaker John Boehner’s resignation wasn’t a complete surprise, but the timing took many off guard since his announcement came only one day after the pope’s address to Congress.

Boehner seemed relaxed, having sung “Zip-a-Dee-Doo-Dah” on his way to publicly announce the decision. But for his time in the speakership, Boehner had to deal with a growing hard conservative insurgency within his own conference, thanks to the group that brought him to the speaker’s chair: the Tea Party.

With quiet attacks, and sometimes open rebellion, in his midst, many thought Boehner was growing further out of step with the members of his own party. In fact, the recent move by North Carolina Congressman Mark Meadows to force a new election for the speakership shows the growing discontent with the party’s leader by those on the hard right.

But in looking at a scholarly analysis of conservative to liberal placement within the House, Boehner moved more conservative along with his own party. The problem was, the number of ‘more conservative’ members outpaced the speaker’s march to the ideological right.

In using the D-Nominate scores for determining conservative placement (primarily on economic issues, with a -1.0 being most liberal and 1.0 being most conservative), Boehner accumulated a score of 0.527 in his first service in the 102nd Congress, with the GOP Conference having a 0.359. By the time of the 113th Congress, Boehner had moved to the right with a 0.748, while the conference had caught up to him with a 0.723.

(A note: in the 112th, when he first took the speakership, Boehner did not cast any votes, as was the tradition for speakers, so I kept his score at 0.726 from the previous session. The data for the 113th Congress gave him the 0.748 score).

So, it wasn’t for a lack of conservatism on the part of the Speaker, but rather the conservatism of his own party that began to aggravate Boehner. When Boehner started in the 102nd Congress, only 24 other Republicans were considered more conservative.

By the 113th Congress, however, 116 Republicans were more conservative than their leader, with the discontent generated against the speaker coming from the members of the ultra-conservative House Freedom Caucus, such as Meadows and South Carolina’s Representative Mick Mulvaney. The House Freedom Caucus members in the 113 Congress had a D-Nominate average of 0.895.

With the rise of the Tea Party revolutionaries, the speaker had fallen to being in the middle of the conference in terms of conservatism.

Now, attention turns to who will fill the top leadership position for the GOP in the House. The heir-apparent, Kevin McCarthy, seemed to be the natural selection, until the hard-conservatives put up a battle against him, and he made the sudden and surprising withdrawal from the race at the last minute.

Most likely, McCarthy would have been a continuation of the Boehner leadership, due to the fact that McCarthy’s D-Nominate score has been 0.666, with 153 members to his right, and all but one member of the Freedom Caucus to McCarthy’s right.

Attention has now shifted to “what will Paul Ryan” do? From a pure numbers point of view, Ryan’s score has steadily moved more conservative in his time in the House, going from .775 to .858, locking him squarely into the most conservative part of the GOP coalition.

Even if Ryan, who has been insistent on declining any advancement into the party’s leadership, decides to take the reigns of the GOP conference in the U.S. House, the dilemma continues for him: how to effectively govern from a conference that doesn’t necessarily want to govern, but rather have all the power to themselves? The framers devised the governing system to be one of separate institutions (the House, the Senate and the president) sharing power — but if one side doesn’t want to share power, it won’t matter who they tap to preside. Different leader, potentially same results: chaos, gridlock, and rising anger.

And we’re not even into an official election year.

Dr. Michael Bitzer is provost and professor of politics at Catawba College.

This column is from the blog he writes for WFAE radio, The Party Line.