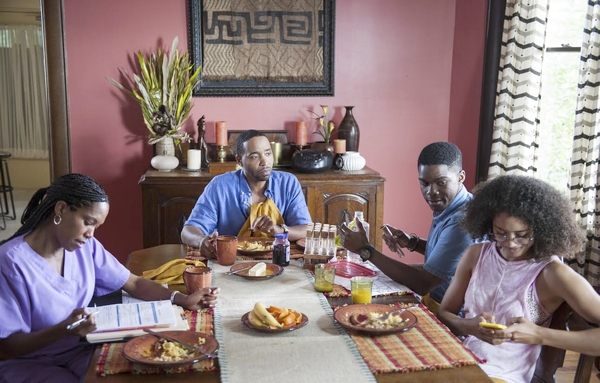 One of Salisbury’s native sons will be gracing the small screen this October.

Kevin Carroll will join season two of the HBO series “The Leftovers.”

The show is about the aftermath of 2 percent of the world’s population vanishing more than three years ago without explanation, an event called “The Departure” on the show, Carroll said.

“Some people really want an explanation as to what The Departure is. Is it the rapture? Did aliens swoop these people up? You just have people with so many different questions about it,” he said.

Carroll will join the cast playing the new character John Murphy. His family lives in a small town in eastern Texas that was not affected by The Departure.

According to HBO, season one followed the Garvey family and their struggle to return to some sense of normalcy after The Departure.

Carroll said the main characters of the show decided to move to this town from New York because they believe it is a safe haven.

“The Leftovers” is an adaptation of Tom Perrotta’s 2011 novel of the same title. Perrotta and Damon Lindelof created the show.

The Garveys will meet the Murphys, the town’s most prominent family. Carroll said his character has a strong sense of commitment to the town.

“(The town) is part of his world that he feels he can control,” Carroll said.

Carroll said the show is more than just an average dystopian, end-of-the-world type of television program.

“I think really the show is about how we deal with things that are inexplicable,” he said.

The show also speaks to the will to survive, especially after the loss of loved ones, Carroll said.

Carroll also said audiences can ask themselves what they would do in that situation, but instead of going through it themselves to find out, they can watch the characters on the show go through it.

“How would we respond? Would we crumble under the pressure or not? We get to watch other people deal with that in this world that Damon Lindelof and Tom Perrotta have set up,” he said.

When it comes to his character, Carroll said he is glad to be working with good writers who are able to create a full, three-dimensional character.

“I’m playing a black character … that is a whole person. He’s not perfect, he’s not the best. He’s trying to do better than he’s done in the past, and things are going wrong,” he said. “And that to me is representative of humanity in a way that feels whole.”

“You’re going to see, hopefully, a family that is imperfect but has a sense of love and togetherness when you meet them,” he said.

Other actors on the show include Justin Theroux (“Mulholland Drive”), Amy Brenneman (“Private Practice”) and Liv Tyler (“The Lord of the Rings”).

“Luckily, this cast has been so welcoming, open and trusting that it’s made it a great experience,” he said.

Carroll said the other members of the show’s team are great as well, including Lindelof and HBO itself.

Most of Carroll’s career has been on the stage. He has a master’s degree in theater from New York University. In 2009, he won an Obie Award for sustained excellence of performance for his role in the play “Home.”

Carroll said he is grateful for the support his mother, Mae Carroll, has given him, and regrets that his deceased father Kenneth was not able to see his progress.

Although it is fulfilling to make his parents proud, Carroll said what he hopes most is to influence the next generation.

“While it’s great to be an actor and to be a part of some great shows,” he said, “one of the biggest payoffs is that hopefully what I’m doing serves to inspire the next generation of creative people and artists.”

‘The Leftovers” will premiere its second season on Oct 4 at 9 p.m.