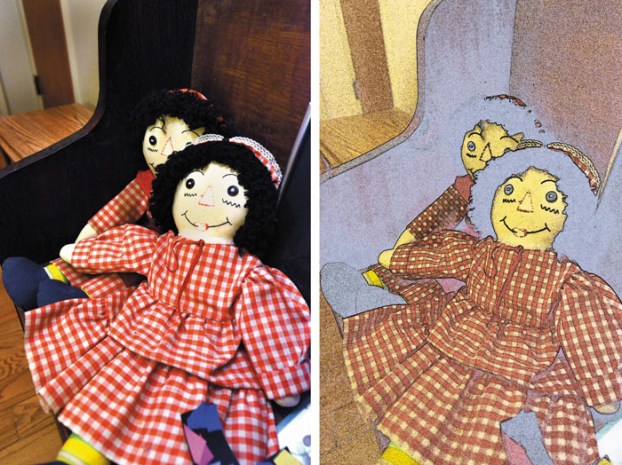 Stephen Mayes recently wrote an article for the Lightbox feature on time.com that rocks the mental state of most traditional photographers.

Two of my favorite people, Post photographer Jon Lakey and my own son Chad, sent me copies of the article the same day. Both knew I would certainly have a reaction of horror.

The article begins, “In the future there will be no such thing as a ‘straight photograph.’ It’s time to stop talking about photography. It’s not that photography is dead as many have claimed, but it’s gone.”

Having read the article several times, I must admit that it is not sweet music to my ears to discuss the demise of my passion for photography.

This was my response to Lakey: “I’m not at all surprised that technology will take photography away from its roots into a new arena. The new work will be interesting and entertaining, and maybe pretty or weird. I suppose with the advancement of technology, photography has to grow in some direction. I’m afraid that the viewing public has lost interest in straight

photojournalism and the reality of it. I think the viewers just want to be entertained or even to create the entertainment with photography themselves with all the new devices. I’m not sure that most people even trust the truthfulness of current photojournalism, or maybe they just don’t care any longer. The article, most likely, is right on the money for the future of photography. It is all just one big visual toy to play with and not must else.”

The article tells us many things that we already know. Photography “has changed so radically that we need to talk about it differently …

“… technology moved from analog to digital although it wasn’t until the arrival of the Internet-enabled smartphone that we really noticed a different behavior.”

Our digital images have suffered from manipulation and corruption and have stolen the virginity of the simple photo image. There has always been some manipulation in the old chemical darkrooms, but in photojournalism, the ethics of the job forbid the altering practices.

In the article digital commentator Kevin Connor is quoted as saying, “The definition of computational photography is still evolving, but I like to think of it as a shift from using a camera as a picture-making device to using it as a data-collection device.”

The camera of the future, according to Taylor Davidson, will be “an app, a software rather than a device that complies data from multiple sensors.” The apps will supply smartphones with a “microphone, gyroscope, accelerometer, thermometer and other sensors all contribute data as needed by whatever app calls on it and combines it with visual data …”

Google’s Mark Levoy says, “Except in photojournalism, there will be no such thing as a ‘straight photograph;’ everything will be an amalgam, an interpretation, an enhancement or variation — either by the photographer as auteur or by the camera itself.”

I’m seriously afraid that Levoy’s vision has already happened. Most people, outside of photojournalism, with cameras and smartphones today already use apps and altering software to produce images far from the reality of the subject. We are already faced with trying to look at and decide if an image is a fake or true reality.

Many of us can smell — or, should I say see — a fake, but most cannot. The really scary part is most viewers might not care if it is a fake or not, based on the popularity of the celebrity magazines and the creeping distortions into all magazines in photoshopping and altering images.

Is there ever a straight photo in advertising anymore?

Folks, outside of photojournalism, it is here and it will get worse. Few straight photos are being made and most think it is “cool.”

Client-minded architect Pete Bogle now has his own firm

By Mark Wineka mark.wineka@salisburypost.com SALISBURY — This past week, when architect Pete Bogle started moving into his one-room office at... read more