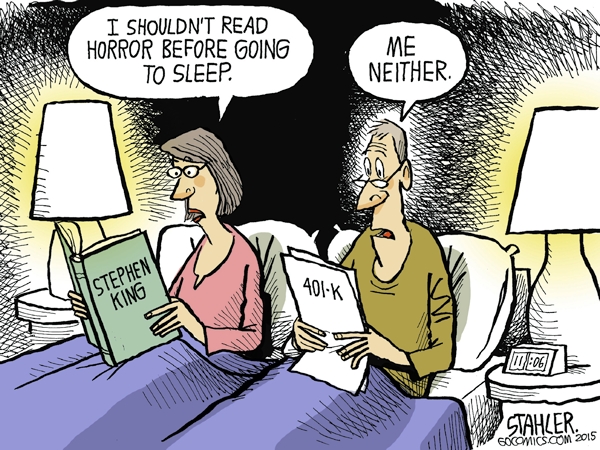 … Rep. Hudson has explaining to do

Thank you, Mr. Hudson, for your courage to represent all of your constituents. Your low conservative Liberty Score and the increased apoplexy of our local Tea Party conservatives should receive high marks. Please continue voting within the realm of reason instead of the depth of emotion.

Like it or not, the president can return much of the frozen Iranian funds without seeking Congressional approval. And while Mr. Hudson is “pro-life,” he’s not willing to shut down the government and risk an economic crash in order to bring it to a showdown at this time. It seems that Mr. Hudson is being vilified for not lashing out enough to suit his detractors. So a town hall meeting would probably not be very productive.

GOP congressman are stuck with a lot of radicals screaming from the very far right these days. You know the inter-party squabble has become painful for those in party leadership. … If the radicals take over the party you will see a very bad result for the GOP in future presidential elections. If Trump wins the nomination it will seriously harm the party.

No matter what, there will be a large number of people who will refuse to believe this report because it was funded by Duke Energy. Completely accurate report or not, Duke probably could have saved the money when trying to appeal to the court of public opinion.

What will be interesting, however, is if a completely independent report … will have the same conclusions as the Duke-sponsored study.

According to Duke energy’s map, property line, boundary lines, the flow of the water can go close to those boundary lines but they never cross over outside of their property. It amazes me that we have such contaminated water but yet it is the smartest water! Our water knows not to crossover and contaminate our wells but to only stay around the coal ash ponds. … Also, where is the report for hexavalent chromium?

Our state does not have the money nor the people to do such a report for its own people. This report was made by Duke, for Duke. … Now for the real story:  Duke admits to contamination of the Yadkin River for over 50 years, according to this report, as they say the water flow is heading toward the Yadkin River and they also admit to contamination on their property under the coal ash pits.

The current city council and many of the good old boy gang running the city into the ground must go. I hope the new city council will turn up the heat on the city’s management.

I commend the city of Salisbury for holding this informational forum, a wonderful opportunity for candidates to gain a broader understanding of City government. I also appreciate that candidates have concerns about various departments and policies. Instead of grandstanding and Johnny Cochran-like interrogations, perhaps candidates could seek answers to their questions in a respectful manner. … Addressing the challenges elected officials face requires collaboration, intelligent debate, thoughtful study and consideration, and the ability to set aside personal agendas. Candidates would do well to learn that lesson sooner, rather than later.

It looks (as though) this informational session turned into an opportunity for political grandstanding. Whether or not the police chief has a second job is a legitimate question, but attacking him publicly was not the best way to handle an internal employee issue. A better question would have been why has this been allowed?

As a media coordinator in Rowan County schools, we promoted Read Your Way Across the USA to elementary students by making sure everyone received a summer reading activity sheet in their Give 5, Read 5 bags at the end of last school year. Our principal also reminded the students/parents through Connect-Ed. …

However, as a lover and promoter of reading, it makes me sad that so many of our students didn’t read and complete their sheets.  Parents, educators, and community members must all do our part to see that every student reads every day.

From Rowan Public Library: An average of 1,263 children attended library programs each week for ages 1 through 10. An average of 89 middle and early high school students attended programs each week. A total of 2,153 children and over 200 teens registered for the summer program at RPL. Participants in the children’s program recorded 15,305.5 hours read. Teens recorded 13,159 hours read.

Please enlighten me. The city wants to evict long-term residents who are paying rent in two buildings which are probably in the best shape of anything they are buying so that a state-supported university —  which I expect doesn’t pay real estate taxes — can have for next to nothing. The rental income was quoted as $66,000 a year. The apartments alone, assuming an average rent of $740 a month, could bring in nearly $100,000 a year were they rented. The store fronts on the bottom floors are less than half occupied.

Were they rented, I expect the city would get more income.

… Tensions high over furniture and voting policies at school board meeting

I hope people are paying attention to the behavior of people on this board. I don’t know who the people voting to spend $500,000 for furniture think they represent but it’s not the people of this county, I don’t believe. As a former teacher I bought my own chair, cabinets, paper, pens and on and on! … As for Mr. Miller calling them bullies because they don’t agree with him — wow! I recall a meeting where bullying would definitely apply, and he was the one leading. … I am thankful that people can be voted out!

The only bully in the room is Richard Miller. I am so happy that Chuck Hughes and Josh Wagner are standing up to this person. … Teacher pep rallies last an hour, school years over 180 days. Feed the egos of teachers and students not overpaid central office folks.

This should be a stepping stone not a long term living arrangement.. They should be mandate classes on money management and other survivor classes to be able to move to independent living… a goal of 2 or 3 yrs… a program like that is in place here in Greensboro

Another sad day for our brotherhood and the fire service. You will be missed by all brother! May you rest in peace!