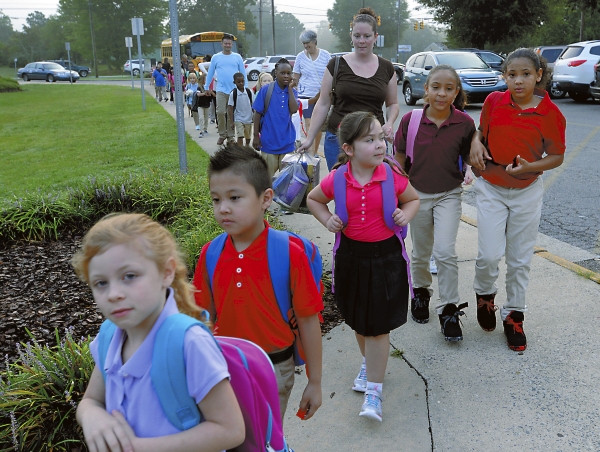 Students and parents file into Landis Elementary School before the start of classes in 2015 for Rowan-Salisbury and many other school districts. Wayne Hinshaw/For the Salisbury Post

“He just opened that door and was grinning ear-to-ear.”

“I like it a lot better, but it seemed like it was going to take forever to get over here.”

“There was not enough room in the cafeteria. People were sitting on the floor.

“Well, girls, you put Rowan County and Salisbury on the map.”

“I think what really needs to happen is to get individuals instead of rescue groups to adopt cats. Foster groups only have so much space.”

Another tragic, high-profile shooting has grabbed the nation’s attention, this time the murder of two Virginia TV journalists during a... read more