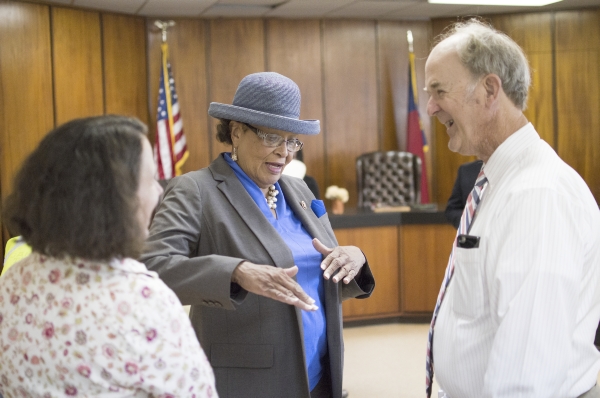 Coffee, a chat and tour of a coal ash recycling facility were all on tap for U.S. Rep. Alma Adams, D-12, when she visited Rowan County on Tuesday.

As part of the August congressional recess, Adams visited East Spencer and Salisbury city halls for a “District Coffee.”

East Spencer was up first, at 10 a.m. The Salisbury District Coffee was scheduled for 11:30 a.m.

After the district coffee events, she visited Boral Composites Inc., which recycles coal ash, in Salisbury.