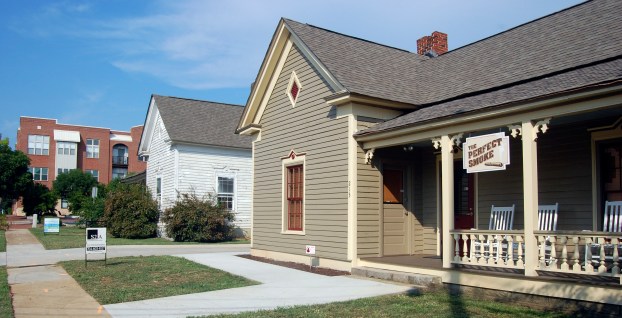 Editorial: If old walls could talk

The historic tax credits that have meant so much to small businesses and homeowners in Salisbury and beyond got a boost from Gov. Pat McCrory on Wednesday. The state Senate should understand the unique value of these credits and help bring them back.

McCrory appeared tie-less — a sign of his impatience, he said — at a rally where he called on the state Senate to approve a scaled-back version of historic tax credits that ended on Jan. 1. The House approved the legislation in the spring; since then, the bill has been parked in a Senate committee that never meets.

If walls could talk, thousands of restored structures across the state could tell the story of the credits’ positive impact on local economies. In Salisbury, those buildings would include Pottery 101 on the Square,  Emma’s restaurant on Lee Street, Go Burrito on Fisher Street and many more — gift shops, a bank, a bookstore, apartments, bed and breakfast inns.  In each case, the credits enabled small business owners to tackle rehabilitation projects that might otherwise have been too costly. Downtown revitalization would have been a non-starter in many North Carolina towns were it not for historic tax credits making projects more affordable.

The same goes for homeowners trying to preserve the history and aesthetics of the area’s oldest neighborhoods.

The cost to the state of the revamped tax credits would be $8 million a year, but the credits would spur millions more in investment. Tax reformers have argued for doing away with all tax credits and lowering the tax rate in general to spur growth. All things being equal, that’s a good theory. All things are not equal, however; some projects bring more value to a community than others. Historic buildings tell our story and reflect the town’s character. They draw the admiration of tourists as well as the dollars of business people. We all have a stake in saving these structures from decay. To do that, the proposed historic tax credit would be a small price to pay.

Hemann did good job for Downtown Salisbury Inc. Recently as I opened up my Salisbury Post to read along with... read more