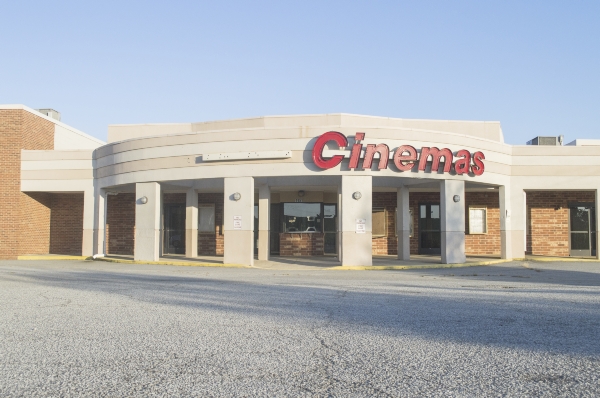 Josh Bergeron / Salisbury Post - Rowan County Commissioners on Monday are scheduled to consider the sale of a former movie theater building. The building's tax value is more than $600,000.

County Commissioners on Monday could add a fourth piece of property to its for sale list.

During its July 6 meeting, commissioners voted to surplus three buildings worth more than $3 million. The properties included two former Social Services facilities — on West Innes Street and Mahaley Avenue — and a house — formerly a veterans home — on South Carolina Avenue in Spencer. Now, commissioners are considering whether to sell an old movie theater next to the former Salisbury Mall.

Rowan County Commissioners are scheduled to consider whether to surplus the property during its 3 p.m. meeting on Monday. The meeting will be in the county administration building at 130 West Innes Street.

Commissioner Craig Pierce asked for the movie theater sale to be placed on Monday’s agenda. The property wasn’t included on the county’s master plan as a facility that would be needed, which Pierce said is a reason to consider its sale.

“If we keep the cinema, we’re going to have to maintain it, keep a roof over the building, change the HVAC and the whole building is empty,” Pierce said. “It’s the same way with the Mahaley Avenue and West Innes Street buildings. Why keep these buildings if we are not going to have any use for them?”

The former movie theater, or cinema, property was acquired in December 2013 as part of Rowan’s $3.4 million mall purchase. The complex, including the main mall building, was later named West End Plaza. Portions of the 320,000 square-foot mall building are dedicated to county offices in the county’s facilities master plan. Buildings not attached to the mall, such as the movie theater property, aren’t included on the master plan as an option for county offices.

Outside of the movie theater signs and notices from the facility’s operating days still hand on walls. Above the theater’s entrance is a large, red cinema sign. For years, the theater showed movies after their first run presentation for $2 before the price was raised to $2.50.

If declared surplus, the total tax value of all property being sold, including the Social Services facilities and Spencer house, would be nearly $4 million. However, real estate sales don’t always reflect tax values.

Rowan County won’t receive the entirety of revenues from a sale. Commissioners in April hired Rockwell-based R. Giles Moss to market and sell any surplus real estate. The company’s proposed commission rate at the time was 5 percent for any sale over $75,000.

Church said the county has received some interest — four to five inquiries — on the movie theater. He said a church group represents at least one inquiry.

Once an offer is received, the county would enter a process that’s similar to an auction. After the initial bid, other interested buyers have 10 days to make an offer. The process would reset after each bid, with the final sale price being determined when time runs out or no one makes a bid.