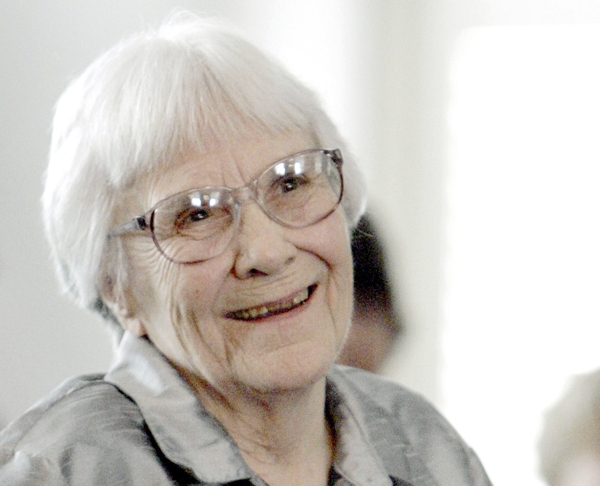 The fact that people even want to debate the publication of Harper Lee's 'Go Set a Watchman' is worthy of gratitude. People care about literature. AP photo

Elizabeth Cook: This July could use a Thanksgiving

We interrupt this summer of Trump tirades, Confederate controversy and heat from Hades to bring you Thanksgiving in July.

Turkey and trimmings are optional. Mostly, it’s time for a change of pace.

Perusing the plump tomatoes at the Farmer’s Market on Wednesday. I couldn’t help but feel thankful that rain, sun, seed and soil combine to produce such juicy delicacies. Sure, you can get baseball-hard tomatoes year-round. And canned tomatoes are thrifty and serviceable. But the gems pulled from the vines in Rowan County each summer — in hues of red, yellow, purple, green and even stripes — are to be treated gently and savored. Like eating sunshine.

The movement toward sidewalk dining is also worthy of gratitude. Heat and humidity drive everyone indoors this time of year, but when the sun goes down or Old Sol gives us a break, escaping florescent light and mechanically cooled air to share a meal outside is a treat.

In fact, let’s say thanks for relaxing outside in general, and especially on porches. One thing I miss about our old house is the front porch, with its rocking chairs and  swing. But back porches can be a relaxing substitute in the evening if the chairs are comfortable, the air conditioner cycles off and the chorus of critters in the trees — what are those things? — is in tune.

How about the Harper Lee controversy? I’m thankful our society still cares enough about plot, character and authorship to debate a new piece of literature. “Go Set a Watchman” may be no “To Kill a Mockingbird.” I can’t say with authority, since I’m only about 100 pages in. But reading Harper Lee’s prose is like lounging in a favorite if faded hammock, all comfy and a bit old-fashioned.

When was the last time you came across a someone saying “I swanee” in a novel?

Then there are Lee’s elegantly Southern turns of phrase. She writes about a cousin who never quite fit in.  “When at the University, Cousin Joshua studied too hard and thought too much; in fact, he read himself straight out of the 19th century.” After donning a cape and firing upon the president of the university, he was placed in “state accommodations for the irresponsible.”

(In North Carolina, we call that the General Assembly.)

A lesser person might have said Cousin Joshua had a nervous breakdown. That lesser person would not be a gifted raconteur in the Southern tradition — no Harper Lee, in other words.

Family always figures into Thanksgiving. We’re in the lull between college tuition and grandchildren, proud of the young women our daughters have become. Wish they were close enough to drop in for supper, but we’re thankful to have everyone in the same state.

When the children do come visit, I’ll stay up late watching the crime shows they love just to be in the same room. Helps me understand the dog’s instinct to lie down at our feet as we move from kitchen to den to bedroom. It doesn’t matter if we’re ignoring each other. Nearness is all.

On my own, I’m grateful for television options that are free from commercial interruptions. Flo has worn out her welcome, the colonel is creepy, and Bobby and Mr. Jenkins are spending too much time together.  The last straw was the animated bladder tugging a control-challenged woman off a city bus.

Oops. Got off the thankfulness track.

PBS and Turner Classic Movies get a thumbs up, as do Netflix and Amazon Prime. Thank you, Internet.

And if you have to have commercials, injecting the Coneheads into the late night Jake-from-State-Farm scenario was pretty clever.

Every time we return to town at the end of a trip, we’re thankful that we live in Salisbury. Our downtown has an air of prosperity and care that we take for granted until we visit a place where the downtown looks nearly abandoned. Salisbury’s colleges, the arts community and the churches hold this community to a high standard, always striving to be better. People say “hi” on the street, pull over for funeral processions and are gracious to out-of-towners.

And, for our summertime Thanksgiving, we have Cheerwine, Dairy Queen and Krispy Kreme, a triumvirate of treats. Even if you don’t indulge, you know you could if you wanted. Happiness is having choices.

My Turn, Michael and Laurie Grubb: Thanks for the friendliness

On July 16, I had the privilege of being in your town and meeting some of your wonderful citizens. In... read more