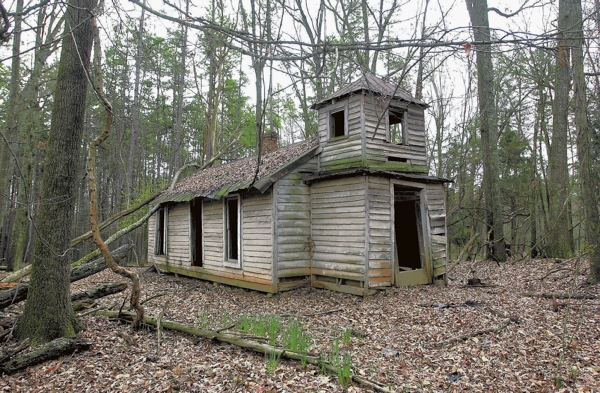 The historic Neely School before its relocation and renovation. File photo

The Historic Neely School Foundation will host a ribbon-cutting ceremony on Saturday, Aug. 1, at the century-old schoolhouse, located across the road from 150 Neelytown Road.

The ceremony begins at 11 a.m. and is open to the public.

Julius Erastus Neely built the one-room schoolhouse with his bare hands in the early 20th century. Julius Neely — who was born in 1872, shortly after the end of slavery — and his wife Katie McKenzie Neely, believed in the importance of education for their children and other African American children in their rural area off Neelytown Road — and he set out to provide an appropriate facility for it.

A minister and farmer, he felled trees on his property and took the lumber to a sawmill so it could be cut into boards. Neely then constructed a simple one-room building, which featured a small alcove for an entrance and a cupola holding the school bell.

Neely built the schoolhouse about a quarter-mile from Neelytown Road and his own home. The Neely School Foundation had the school moved last year to the site of Julius and Katie Neely’s old homeplace. The new site is a more visible location for the schoolhouse and includes a nature trail to the former school site.

Believed to have been built in 1908, Neely School might be the oldest one-room, African-American schoolhouse still surviving in Rowan County. More than 1,400 children were educated there between 1908 and 1948, foundation members say.

In 2010, grandchildren of the school’s founders and school alumni formed the Historic Neely School Foundation to restore the school building to its prior appearance.