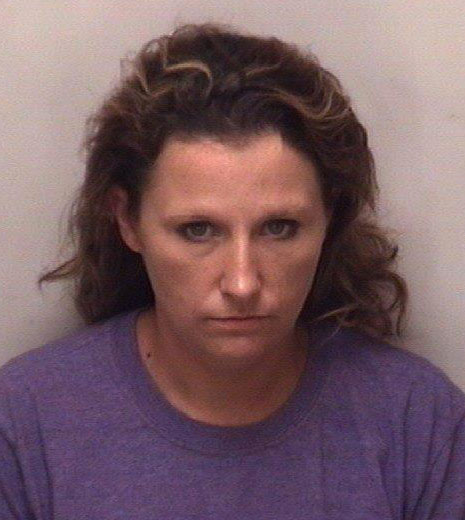 A Salisbury Police officer stopped a Nissan Maxima traveling in the 2300 block of West Innes Street and Lantz Avenue, not far from Catawba College, around 2:30 p.m. The driver, later identified as Jennifer Carter, had a license that was revoked.

Upon searching her and the vehicle, the officer discovered 1 gram of crystal meth in her front pocket, one and a half Xanax pills inside an ibuprofen bottle, and a spoon inside her purse.

She has since been released from the Rowan County Detention Center under a $10,000 secured bond.