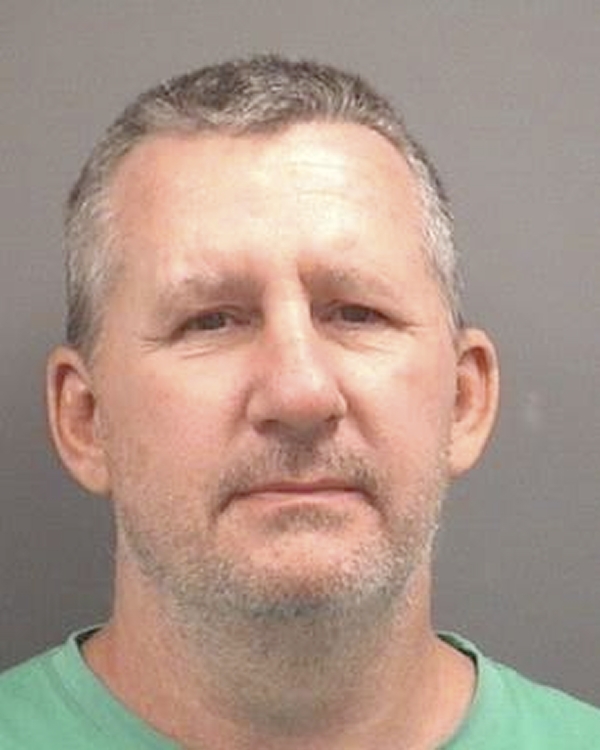 A man suspected in at least three Walgreens robberies has been arrested and charged with two of the robberies, and more robbery charges are expected.

Jimmy McFadden Menius Jr., 52, of 1350 Long Ferry Road, is charged with robbing the Spencer Walgreens and the Mount Airy store, as well.

Early in July, Mount Airy Police began investigating an armed robbery at the Walgreens there. Menius had became a suspect in the Mt. Airy case.

Menius had also been the suspect in two Walgreens robberies in Salisbury and Spencer in recent months. These robberies were similar, and Mt. Airy made contact with the Rowan County Sheriff’s Office Criminal Investigations Division.

During the search of his residence, clothing matching the description of that in armed robberies at other retail pharmacies throughout North Carolina, and several in Virginia was collected, as well as a shotgun and silver handgun. Investigators also seized prescription medication and Walgreens-related items that were consistent with the items stolen during some of the more recent robberies.

An arrest warrant said Menius took 1,278 oxycodone pills valued at $15,324 from the Walgreens in Spencer. The Mt. Airy robbery occurred July 2 where $4,000 worth of oxycodone pills were taken during that incident. The gunman displayed a silver semi-automatic handgun, which was similar to the one found at Menius’ home, authorities said.

Sheriff’s investigators contacted Spencer Police, Davidson County Sheriff’s Department and Salisbury Police about their robberies, which are very similar and appear to also have been committed by Menius.

The Rowan County Sheriff’s Office will also seek charges based on the prescription medication seized from the residence. Sheriff Kevin Auten said they were thankful that no one was hurt in any of the robberies.

Menius, wearing an orange Rowan County Detention Center-issued jumpsuit, was in district court this morning for his first appearance. Judge James Randolph informed Menius of the crime for which he was being charged, felony robbery with a dangerous weapon, could net him at the maximum, 17 years.

Menius remains in the Rowan County jail under a $100,000 secured bond.