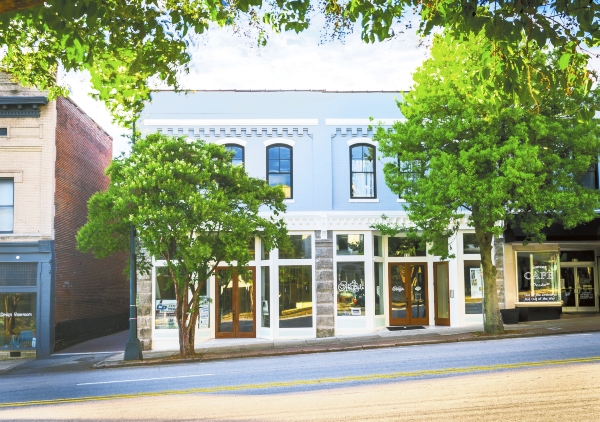 Photo courtesy of Sean Meyers An upstairs apartment at the former Bernhardt Hardware will be a one of the stops on this year's OctoberTour.

SALISBURY — For the past year, residents of Salisbury have watched the Bernhardt Hardware Building transform into the recently renovated Abigail’s Bakery and Sweet Meadow Café, but they haven’t had the chance to see the newest spaces for downtown living.

Historic Salisbury Foundation has added one of the upstairs luxury apartments to the 11 previously announced tour sites on this year’s 40th Annual OctoberTour, to be held Oct. 10-11.

The three buildings commonly known as the Bernhardt Hardware Building, located at 111-115 N. Main St., were built in 1896 for Edwin Shaver. Paul M. Bernhardt, who moved to Salisbury in the 1860s, began a hardware business that four generations of the Bernhardt Family continuously operated until 2012. This historically significant downtown space was purchased in 2013 by Chad Vriesema and Bryan Wymbs and redeveloped into three retail spaces on the first floor with six apartments on the second floor.

Bernhardt Hardware Building’s inclusion on OctoberTour will highlight a growing trend in residential living and provide an example of adaptive reuse of a historic property.

According to Paula Bohland, executive director of Downtown Salisbury Inc., Salisbury’s downtown has “140 living units ranging from open 4,000-square-foot lofts to 600-square-foot units with a view,” and plans are in the works “for more upper-level living throughout downtown.”

For more information on OctoberTour, sponsorship opportunities, photos of the sites and to purchase discounted tickets, visit www.OctoberTour.com.