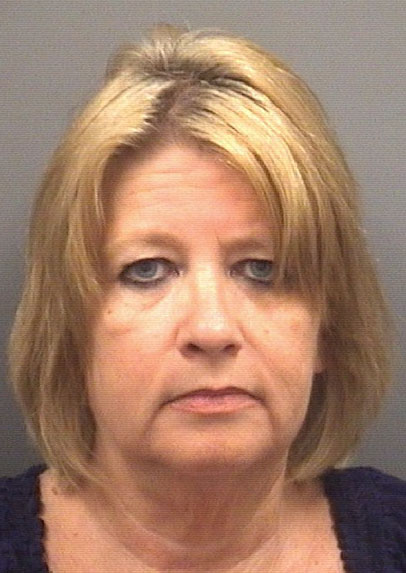 A former Fisher Athletics employee was charged with using the company’s credit card to steal more than $19,000.

Glenda H. Landreth, 56, of the 2500 block of Organ Church Road, Rockwell, was charged Tuesday with 25 counts of felony larceny by employee. She remained in the Rowan County Detention Center on Wednesday under a $75,000 secured bond.

Rowan County authorities were contacted by an accounting controller with the company, which makes protective athletic padding and other equipment, reporting a strange purchase on a company credit card. Someone used the card to buy a swimsuit online.

Once company officials began searching, they discovered Landreth used a credit card beginning in 2008 and made a total of $19,538.49 in purchases.

In January 2011, a warrant said, Landreth used the credit card to make three different purchases totaling $169.95 from NASCAR Members Club. In December 2010, she spent $46.08 at Jumbalia, a women’s clothing boutique in Chicago.

Warrants said in November 2009, Landreth bought $44.27 worth of items from a Rushco convenience store. In July 2013, she used the company card to make 23 payments totaling $2,417.25 to GMAC Insurance. In June 2014, she used the card to make three different purchases totaling $164 to Cyberswim, an online swimsuit company.

In December 2010, a warrant said she bought a total of $152.16 from Advance Auto Parts in Salisbury twice. In December 2013, Landreth paid $29.98 for four collect calls through Tel.com. In November 2013 she made three different purchases from Edible Arrangements totaling $147.91.

Landreth bought food from Pizza Hut in Salisbury totaling $42.03 on two occasions in October 2009. She bought $98.41 worth of items from Party City in October 2014. In December 2010, authorities say, she made $214.37 in purchases from McAfee, a computer security system, on three different occasions.

Officials said Landreth was a general ledger coder at the company.