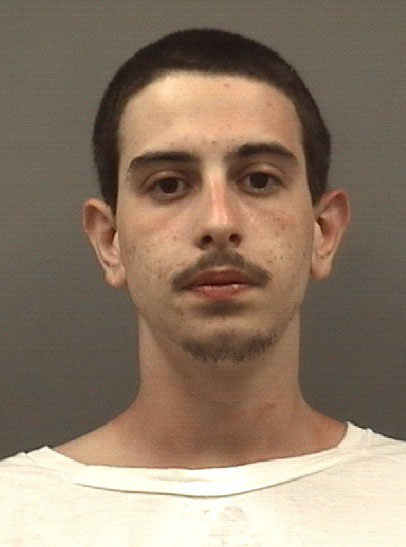 Police say a Salisbury man is responsible for a vehicle break-in that occurred over the July 4 holiday. The victim says her credit card was used at Walmart where the suspect bought more than $300 worth of items.

A woman reported on July 4 she was visiting family who lived at 418 Mitchell Ave. She went to her car and realized her Michael Kors purse and all its contents, including her wallet and a 7-in tablet, were gone.
She told police the vehicle was locked and the windows were rolled up, as well. The car was parked in front of the house, she told police.
The victim received an email from her credit card company informing her of possible fraudulent purchases made on the card at Walmart.
Police investigators checked store surveillance video and saw a man who bought $63.97 worth of items from the store at 4:10 a.m. and then returned at 4:23 a.m. to buy $202.96 worth of items. He also bought $64.14 worth of items at the store at 4:27 a.m.
The man was seen on video riding on a mo-ped leaving the area.
Police Capt. Shelia Lingle said Logan matched a description that was given the night before in an attempted vehicle break-in.
In 2013, Logan was convicted of felony breaking and entering, misdemeanor interfering with gas or electric meters, breaking and entering vehicles, larceny after breaking and entering and misdemeanor larceny.
He’s also been convicted of felony attempted common law robbery.
He remains in the Rowan County Detention Center under a $10,000 secured bond.