Yesterday: the Blackmer family in 1957 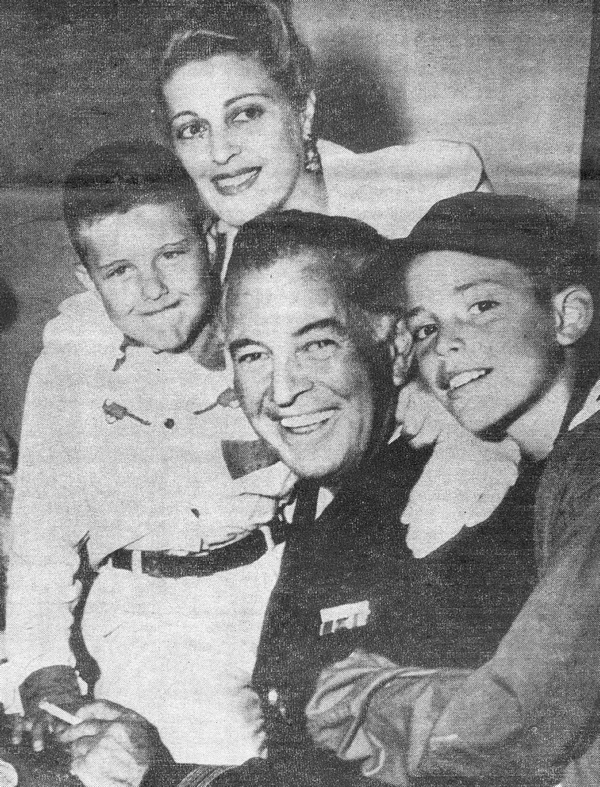 In this photograph from February 1957, provided to the post by Mike Cline, noted Salisbury screen and stage actor Sidney Blackmer poses with his wife, actress Suzanne Kaaren Blackmer, and their sons, Jonathan and Brewster. The uniform Sidney Blackmer is wearing was for his stage role as Lt. Commander Philip Francis Queeg in ‘The Caine Mutiny Court Martial.’ Glenn and Beth Dixon have recently restored the Blackmers’ home in Salisbury at 112 S. Fulton St., and it will be on this year’s OctoberTour.