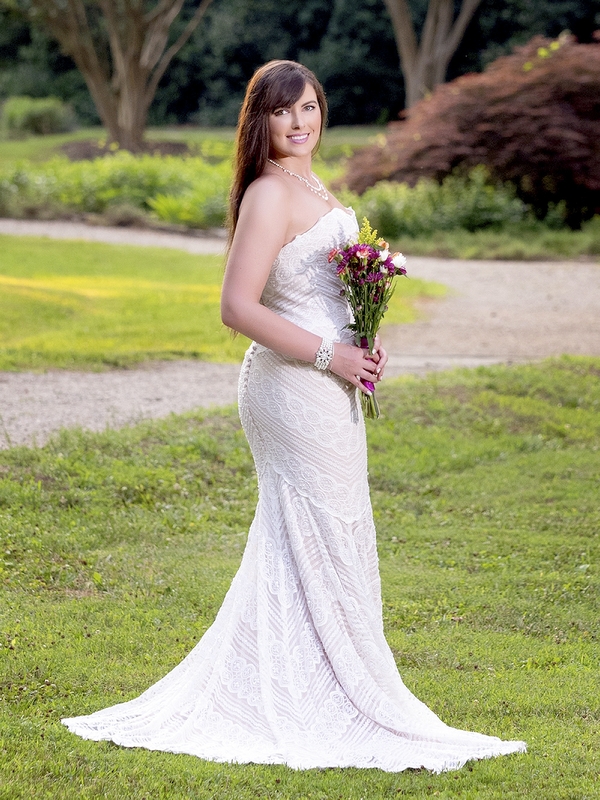 Amy Kathryn Seagle and Justin Britt Miller were united in marriage on Saturday, June 27, 2015, at Stallings Memorial Baptist Church in Salisbury. Pastor Earl Pennell officiated the ceremony, which was followed by a reception at the Messinger Room at the Rowan Museum.
The wedding party included cousins of the bride Laura Gora and Rebecca Reynolds as bridesmaids. The groom’s father, Michael Miller, served as his best man, and long-time friend Jonathan Schroyer was a groomsman.
Music for the ceremony was provided by trumpeter Chris Fensom; pianist Virgie Taylor; and soloist Paul Reeves Leopard.
The bride is the daughter of Robin Seagle and Kenny Seagle, both of Salisbury. She is the granddaughter of Mitzi and the late Jake Watson and the late Martha and Richard Seagle. A 2006 graduate of South Rowan High School, Amy also earned her Bachelor of Arts in Political Science from Western Carolina University in 2010.
The groom is the son of Jan Miller and Michael Miller, both of Prattville, Ala. He is the grandson of Gladys and the late Levi Johns and the late Rita and Homer Miller. A 2003 graduate of Autauga Academy, Justin went on to receive a Bachelor of Science in Biology and a Doctor of Medicine from the University of Alabama at Birmingham. He is a graduate of the 2015 Internal Medicine residency class at Carolinas Medical Center in Charlotte.
Following a honeymoon cruise, the couple will make their home in North Carolina.