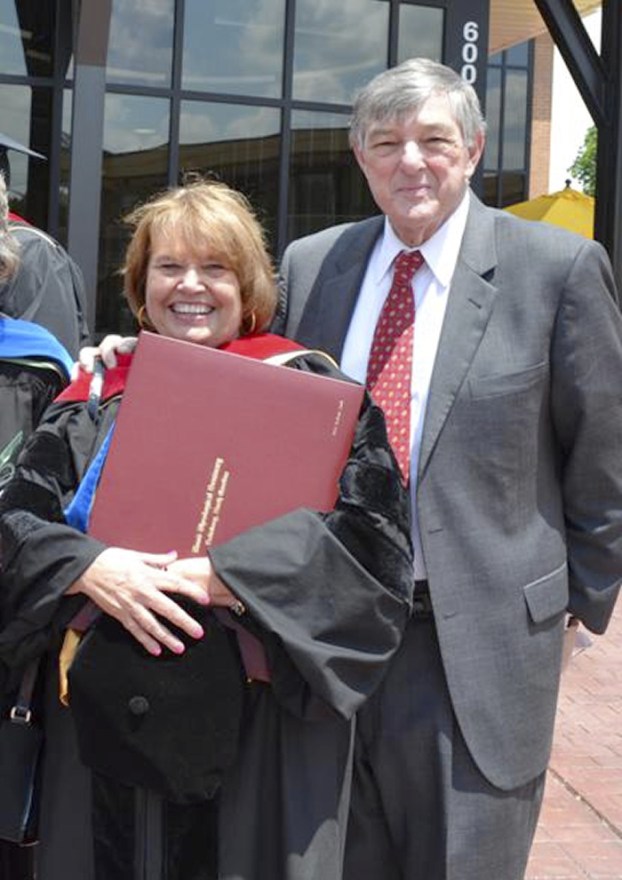 Sara Cook, well-known Salisbury leader and philanthropist, was awarded the honorary doctor of humane letters degree at this year’s graduation program on May 16.

Presented by President Vergel Lattimore and board Chairman Bishop Richard K. Thompson, the degree was awarded to recognize Cook’s leadership, tireless efforts, strong moral compass and quiet philanthropy which have benefited many organizations in the community over many years.

“Sara DuBose Cook is most deserving of this recognition,” Lattimore said. “She is driven in her journey as a true humanitarian by her strong Christian faith and her concern for the education, welfare, and happiness of all people.”

Cook and her husband Bob have been true champions of Hood Theological Seminary for many years, giving generously of their time, their talents and their personal resources to Hood on all fronts. She served on the first President’s Advisory Council when the seminary became an independent institution and has served on the board of trustees since 2009. In 2005, she and Bob were the first-ever recipients of the prestigious Bishop James Walker Hood Award.

Cook has helped guide the seminary though three phases of the Second Century Capital Campaign including the recent $2.9 million refectory campaign which built the Albert J.D. Aymer Center for Spiritual Growth and Ministerial Formation.

Cook’s belief in the core mission of Hood – to provide rigorous theological preparation for effective ministry in a diverse society – has continued to underscore her commitment to nurture excellence in theological education for the seminary.

For the past two years, she has worked closely with the director of the library to develop a new writing center in the seminary’s library. The center strives to integrate the development of library research skills with the building of academic writing skills critical to graduate-level theological education. She and Bob have made this initiative a new component of Hood’s theological library.