One injured when vehicle flips over on I-85 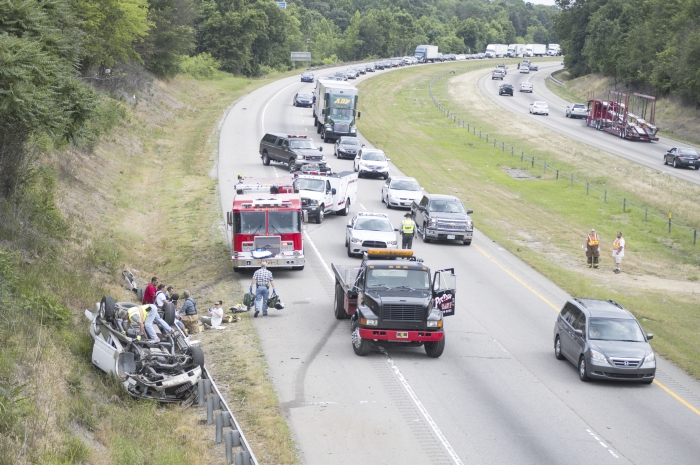 One person was injured in an auto accident Sunday afternoon on Interstate 85.

A white sport utility vehicle flipped over the guard rail on Interstate 85 north. Of the five passengers in the vehicle, one was apparently injured. The N.C. Highway Patrol was unable to be reached for a comment on the extent of the person’s injuries or other details on the incident.

As emergency personnel worked to remove the overturned vehicle from the roadside, north- and south-bound traffic was congested for multiple miles.

The accident occurred between 2:30 and 3 p.m. near the Rowan-Cabarrus border. Traffic congestion continued even after the accident was cleared.