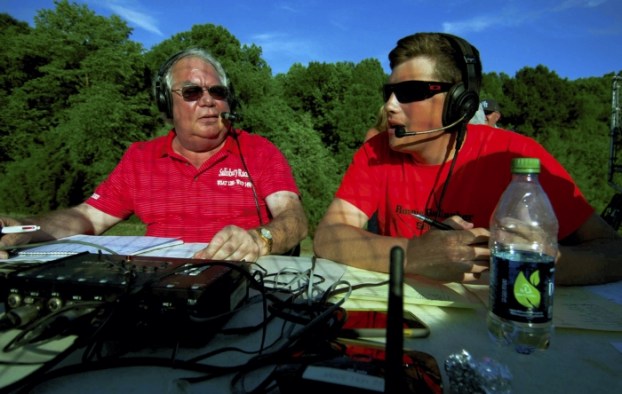 It was the first Friday of his junior year, and the day his dad, Ronnie Gallagher, passed away.

Although he was devastated, his father’s death is what helped Gallagher become the man he is today.

“It affected me, but I didn’t let it ruin me,” Gallagher said. “It made me a stronger person.”

Gallagher said his dad taught him to “always put yourself out there,” and he’s worked hard to do just that.

He decided to get more involved with groups at West Rowan High School, began announcing at different athletic events and helped lead the student section. He got a job at Chick-fil-A and joined Junior Civitans and Relay for Life.

West Rowan Basketball Coach Mike Gurley was close a friend with Ronnie Gallagher, and when he passed away, Gurley encouraged Mackie to get involved in West Rowan’s athletics teams.

For the past two years, Gallagher has announced basketball, baseball, softball and some football games, taken team statistics, kept the book, live tweeted games and been promoted to the basketball team’s student assistant coach.

Gallagher will attend Appalachian State University in the fall. He plans to major in criminal justice and pursue a career as a police officer.

He said he remembers his dad telling him, “Do whatever makes you happy, whether it pays better or not.”

“I want to be out helping people,” Ghallager said. “I don’t want to be in the office all the time,” he said.

For years, most Rowan-Salisbury high schools have celebrated graduation in Catawba College’s Keppel Auditorium, but due to an infestation of... read more