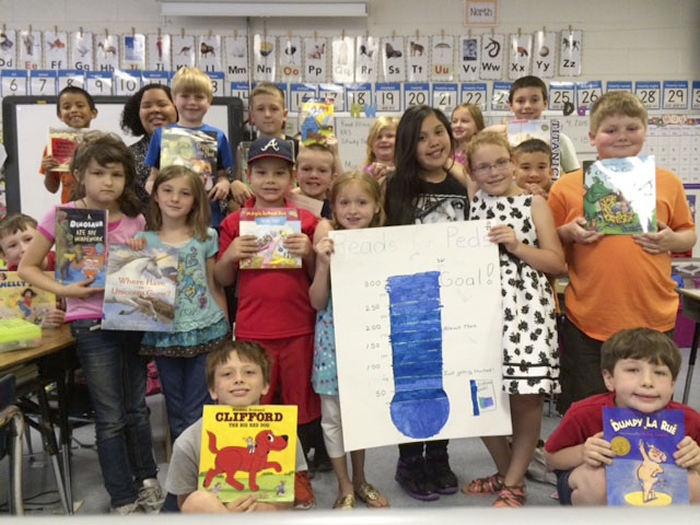 Wendy Thompson is no stranger to Novant Health Rowan Medical Center – between her mother and brother’s health complications, she’s spent a lot of time in hospital waiting rooms.

The more time the Faith Elementary School second-grader spent there, the more she felt that something was missing. While there were plenty of reading materials for adults, there weren’t any for children.

Thompson decided to take matters into her own hands, and asked her teacher, Christina Hardin, if their class could collect gently used books to donate to the hospital.

She said she wanted the children who were at the hospital to “have something to do” to keep their minds off of what was going on “if they felt scared.”

She and her classmates started cleaning out their bookshelves at home and donations started pouring in.

“Our goal was to get 100,” Thompson’s classmate, Delila Fields said.

Autumn Blackwell said she picked a non-fiction book about planes and trains that she had at home.

The class quickly surpassed their goal, and collected more than 300 books for the hospital.

“When she first told me about it, I thought it was a really good idea,” Hardin said, adding that the project fit in perfectly with the class’s New Year’s resolutions.

She said she wanted to make her students “aware of how they can help each other.”

The class tracked their project through their own hashtag on Twitter, #ReadsforPeds, and with a thermometer graph to show how many books they collected.

“Everyone was really excited about it,” Hardin said.

Not only did they get excited about collecting books for other children to read, Hardin said it also inspired her students to read more themselves.