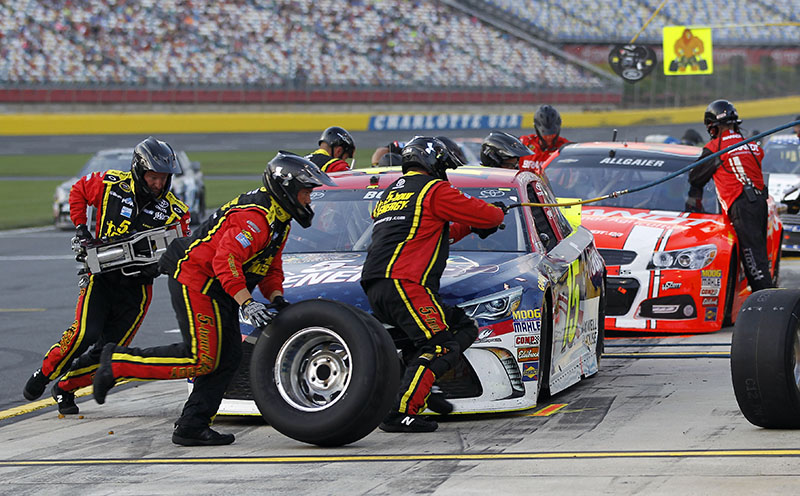 Biffle won the first 20-lap segment in Friday night’s Sprint Showdown. The race was for all drivers not already qualified for the All-Star race at Charlotte Motor Speedway.

“I’ve never been so excited to win half a race in my life,” said Biffle.

Biffle then took his car to the garage and watched the final 20-lap segment, which was won by Bowyer. Biffle led every lap of the first segment, but Bowyer needed a three-wide pass to get to the lead.

Once Bowyer was out in front, though, no one could catch him as the clean air for the leader proved too much for any challenger to overcome.

Patrick won the fan vote for the second time in three years. She was upset last year in voting by Josh Wise, who was backed by the Reddit community in a social media push to get him into the All-Star race.

“I am super lucky and fortunate I have such great fans,” Patrick said. “The way I want to pay them back is to have a great race.”

Failing to claim one of the three spots up for grabs Friday night was Martin Truex Jr., who has been one of the most dominant drivers of 2015. Truex has 10 top-10 finishes in 11 races this year and is second in the Sprint Cup Series standings.

But he didn’t have a strong qualifying effort, and it was too difficult to catch the leader once the front car was aided with clean air.

“Just didn’t qualify good enough,” Truex said. “Had that car pull out in front of us and it cost us a lot of time. You’ve got to start up front in these short ones and keep that track position. It’s hard to pass.”

CONCORD, N.C. (AP) — Kasey Kahne’s car was wobbling as he raced side-by-side with Erik Jones through the final turn. They crossed the finish line and it was so close Kahne wasn’t sure who won.

The scoreboard and video replay gave the win to Kahne in the second-closet finish in NASCAR Camping World Truck Series history.

“I didn’t know who won,” Kahne said as Earnhardt sat next to him in the winner’s press conference. “It was super close.”

An hour after the race, NASCAR announced Kahne’s truck failed inspection for being too low in the front on both sides and too high on the right rear. Any penalties will be announced next week, clouding a remarkable finish.

Kahne, a Sprint Cup regular, nudged ahead of Jones on the final turn of a green-white-checkered finish that included some bumping and snuck across the line a few feet ahead of Jones. 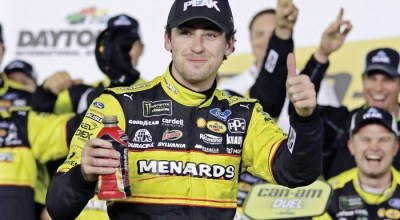