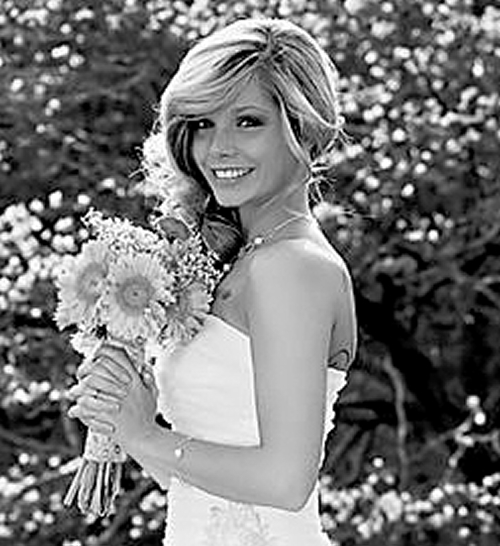 Kayla Mae Blankenship and Justin Eugene Basinger were married May 2, 2015, at Rowan County Shrine Club. William Meng officiated the 4 p.m. ceremony, which was followed by a reception.
The bride was escorted by the couple’s children, Jenson and Sam Basinger. Maid of honor was Casey Combs of Rockwell, and bridesmaids were Carsen Byrd, Kellie Womble and Nicole Waugh.
Best man was the groom’s brother, Jonathon Basinger of Concord, and groomsmen included brother of the groom Joseph Basinger, father of the groom Gene Basinger and Bryan Campbell.
Emery Bare of Salisbury was flower girl, and Easton Bottenfield of Salisbury was ring bearer.
The bride is the daughter of Terry Bailey of Erie, Pa., and granddaughter of Lynn Peterson of Corry, Pa., and the late Karen Kelsey She is a 2009 graduate of East Rowan High School.
The groom is the son of Margaret (Jesse) Goldin of Salisbury and Gene (Connie) Basinger of China Grove. He is the grandson of Ann and the late Sam Howard of Salisbury and Jaye and Gary Honbarger of China Grove. He is a 2008 graduate of Jesse C. Carson High School.
The couple honeymooned at the Outer Banks and are making their home in Salisbury.