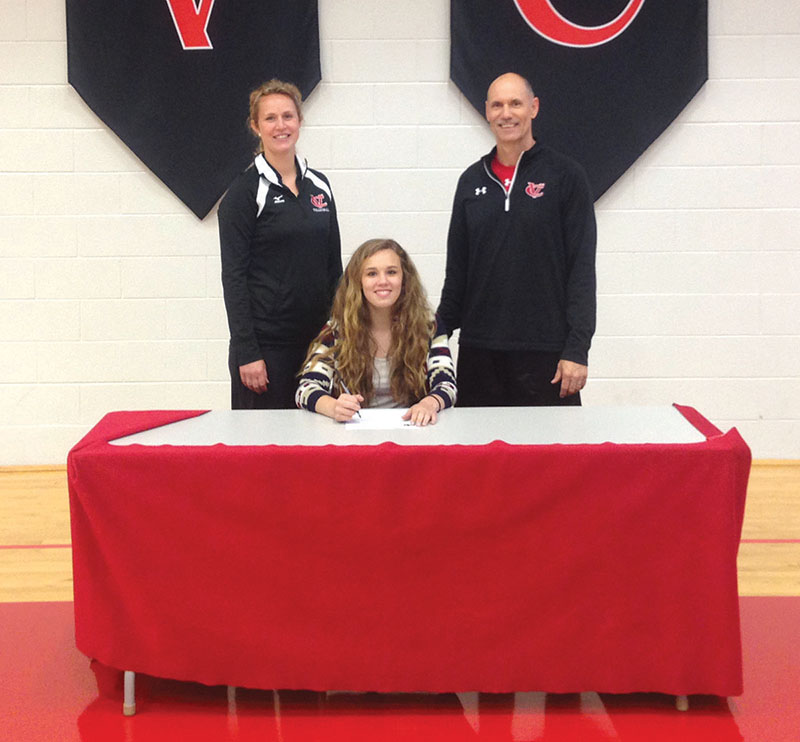 Tiffany Brooks was the Cal Ripken Jr. of the Catawba Valley Community College volleyball program. In two seasons, she didn’t miss a game — or a practice.

“There are days when you don’t feel great, but I love the sport so much,” Brooks said in a phone interview. “I didn’t want to miss anything, and I was learning every day. Even things I thought I knew from high school, I found out I really didn’t know.”

Brooks played for South Rowan, where she played on teams fighting uphill battles in the North Piedmont Conference against North Iredell, Carson and West Iredell. Even when the Raiders lost, Brooks usually stood out as a quick and springy blocker and hitter.

Brooks graduated from South Rowan in 2013 and moved on to Catawba Valley Community College in Hickory. She signed to continue her education and volleyball career at Lenoir-Rhyne, a program with a strong connection to South Rowan. Brooks’ classmate at South Rowan, Emma Pope, has played two seasons for the Bears, and South Rowan graduate Kayla Morrow was a recent standout for the Bears.

“Coach Dave Markland appreciates Tiffany’s speed and versatility, and I look forward to watching her contribute offensively and defensively at Lenoir-Rhyne,” CVCC head coach Shannon Hudson said. “I’ve never coached a middle who works so hard to be available to her setter on offense.”

The CVCC RedHawks — the nickname changed from Buccaneers prior to the 2014 season — are usually the top junior college program in the region. Brooks, 5-foot-8, was undersized but excelled as a middle hitter/blocker. As a freshman, she won the Hustle Award on a CVCC team that was regional champion and qualified for the national tournament in Ohio.

“That was the most exciting time I had at CVCC,” Brooks said. “I’d never been on a team that successful. We had girls with fundamentals, and we pushed each other. Coach Hudson was all about winning, and we felt the same way. No athlete likes to lose.”

CVCC didn’t make it to the national tournament Brooks’ sophomore season, but the RedHawks still were 34-7, went undefeated in conference play and won their region tournament. Brooks had 189 kills, 77 block/assists, 14 solo blocks and 63 digs.

Brooks realizes to be a factor at the Division II level at her height, she’ll have to leave the middle. She expects to make a transition to right-side hitter for the Bears, one of the South Atlantic Conference’s strongest programs. The Bears were 22-10 last fall.

Brooks said the only academic adjustment she had to make at CVCC was dealing with more homework. Now she’s ready for the challenge of a university — in the classroom and on the court. Brooks will major in business and is considering a minor in accounting. Hudson has no doubt she’ll be successful.