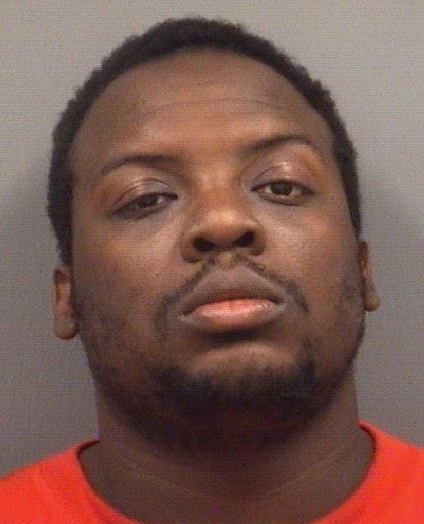 CHINA GROVE — A fight between two employees at Copart in China Grove got out of hand when one of them stabbed the other in the back, authorities said.

Kabruim Carnell Stewart, 28, of the 300 block of West 14th Street, Salisbury, was charged with felony assault with a deadly weapon inflicting serious injury.

According to the Rowan County Sheriff’s Office, the victim, Fabian Lamarr Maura, 31, of Concord, was stabbed in the back with a box cutter and nearly hit with a vehicle during the incident.

Rowan County deputies responded Monday around 5 p.m. to 245 Madison Road, less than half a mile from the automobile auction site, which is also a supplier of salvaged and used cars. The stabbing occurred at Madison Road, but authorities say the argument began at the business, located at 1081 Recovery Road.

Witnesses said the two argued over the care and maintenance of the vehicles until their boss, Allen Tucker, separated them. Both men told Tucker they were over the argument and both returned to their work.

One witness said both men spoke after work, meeting at Madison Road and that’s when he saw Stewart stab Maura in the back with the box cutter. Maura fell into a ditch and Stewart got into his vehicle and tried to run Maura over with his car. Maura jumped out of the way just in time, a report said.

Maura told investigators the fight stemmed from Stewart accusing Maura of putting Stewart’s initials on vehicles that had not been cleaned. According to Maura, he walked away, but told Stewart they could take their fight outside of work.

Maura said he thought he saw something in Stewart’s hand and asked Stewart if he had a knife. Stewart assured Maura his knife was in the car. Maura confronted Stewart about stealing cars from the business, he said.

Maura said Stewart told him he wouldn’t be able to tell anyone. He pulled a box cutter and charged at Maura, the victim said.

Stewart chased Maura and stabbed him in the back, Maura told investigators.

A friend and witness attempted to drive Maura to the hospital, but because of his injury, flagged down a China Grove Police officer near North Main and East Vance streets. The officer contacted fire and EMS responders to treat Maura at the scene before sending him to the hospital.

Maura was taken to Carolinas Medical Center Northeast with a single stab wound to the back, just left of his spinal column.

Stewart was issued a $5,000 secured bond and has since been released from the Rowan County jail. He is expected in court later today for a first court appearance.

Salisbury man sentenced to over 33 years in prison…