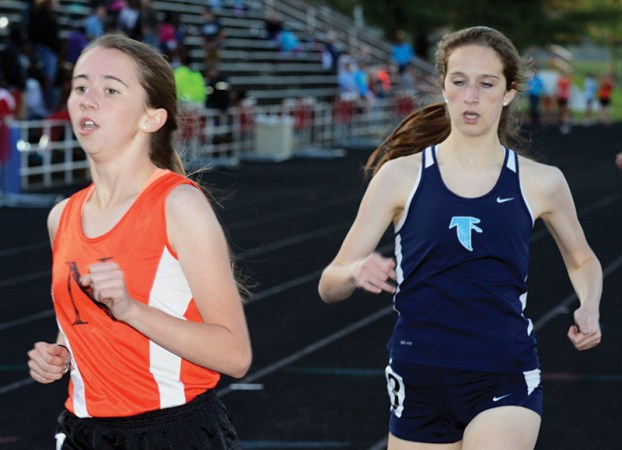 GRANITE QUARRY  — Northwest Cabarrus was expected to repeat as SPC girls champion, and did so with ease.

Victoria Freel added 18 points for the Trojans in the throws.

“We’re undefeated this season and the girls have worked to keep that going and they really wanted to repeat as conference champions,” Northwest Cabarrus coach Christine Wolfe said. “We had a lot of girls do what they usually do, and we had others (Ma’Kyia Gayden, Sierra Newhouse and Ashleigh Thomson) do even more than usual.”

Field MVP Khaila Hall led West Rowan to a second-place finish by taking the triple jump and long jump. Hall was third in the 100 and anchored a second-place 4×100 team. Shikkiera McNeely won the shot put for the Falcons. Josie Heglar and Brienna Owens added 10 points each in running events.

Jocelyn Lowe piled up 15 points for East Rowan in field events. Brittany Small placed second for the Mustangs in the high jump after a long duel with Hickory Ridge winner Elizabeth Olesen, who cleared 5-foot-6. Haley Lyerly was second in the 400.