Hardin on City Council run: everyone needs to be represented 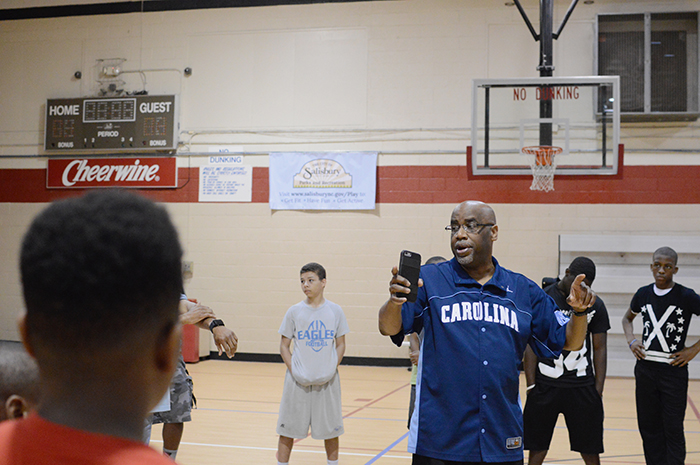 Candidates cannot file for election until mid-summer, but a Salisbury native planning to run for City Council this year said he wants to make sure everyone in the community is represented.

Ken Hardin said he wants to not only win a seat on City Council, but that he wants to be mayor — council members choose the mayor, and traditionally it’s the person who receives the most votes in the election.

“I want to give a voice to people who don’t have a voice,” Hardin said, adding, if elected, he’s not going to play politics.

It’s time to get rid of the professional politicians who’ve been running the city, he said, adding he wants to bridge the gap between the community and its leadership.

Hardin said the city is divided by socioeconomic status, class and race.

What do any people of color own in his city besides funeral homes, barber shops and beauty salons, he asked.

“I have pride for Salisbury,” he said, “I want to see everybody succeed.”

He said people can’t wait for city officials to do things for them. If people want change, they have to take it on themselves to bring it about, he said.

Hardin, who is African American, said it’s time to dispel the notion that only one black person at a time can be on the council. William Kennedy has served as the only black person on City Council for more than 20 years.

Hardin said having a sole black council member marginalizes that person and shows a lack of progress in the city.

He is part of a group of African-American community activists called “The Chamber.” In recent weeks, he said, the group talked about having someone run for a council seat.

Hardin, 50, grew up in the West End in a middle class family. He said the neighborhood today does not resemble the one he grew up in.

For 20 years, politicians and city officials have been talking about revitalizing the West End, he said, but little has been done.

Hardin graduated from Salisbury High School and served in the Air Force. After his time in the military ended in 1990 — he was honorably discharged with the rank of Staff Sergeant — he worked for the state Department of Corrections before going into healthcare consulting. He graduated from Pfeiffer University in 1999.

Hardin said he’s been active in the local chapter of the NAACP, Nightcrawlers — a group that does night patrols and prayers around the city — and mentoring young people. A recent story in the Post talked about him and others working with young men at the Miller Recreation Center in the West End.

Hardin said every child should have the opportunity to be successful.

He has three sons, two are in college and the youngest is in high school at West Rowan. Hardin and his wife of 25 years, Alib, live in the West Cliff neighborhood in the northwest area of Salisbury.

Hardin recently left his job in consulting — he was commuting to Charleston, S.C., for work.  He writes a column for the Post and said growing up he wanted to be a TV news anchor.

“I’m at a crossroads,” he said, adding serving his community is the right thing for him now.

Hardin, an independent when it comes to political parties, said he will divulge his main priorities closer to election time, but he did mention some specifics.

“I think we need to strengthen the relationship between the Police Department and community. I think there is a void there,” he said.

He said police officers need sensitivity training and that there should be a citizen review board for the department.

City police officers should be paid more, he said, which would attract better officers.

And the makeup of the city’s employees, and its leadership, doesn’t reflect the diversity in the community, he stressed.

According to Census data, Salisbury’s population is around 50 percent white, 37 percent black, 10 percent Latino and less than 2 percent Asian.

Last September, statistics presented to City Council showed nearly 75 percent of city employees are white while about 16 percent are black.

If elected, Hardin said he would talk with every department head in the city and ask them where the progression has been in their role over the last five years. And If there hasn’t been any, then maybe that person doesn’t need to be working for the city, he said.

Hardin said he wants to work with people to improve the city, but added he’s not afraid to “step on toes.”

“Everybody needs to get piece of the pie,” Hardin said.