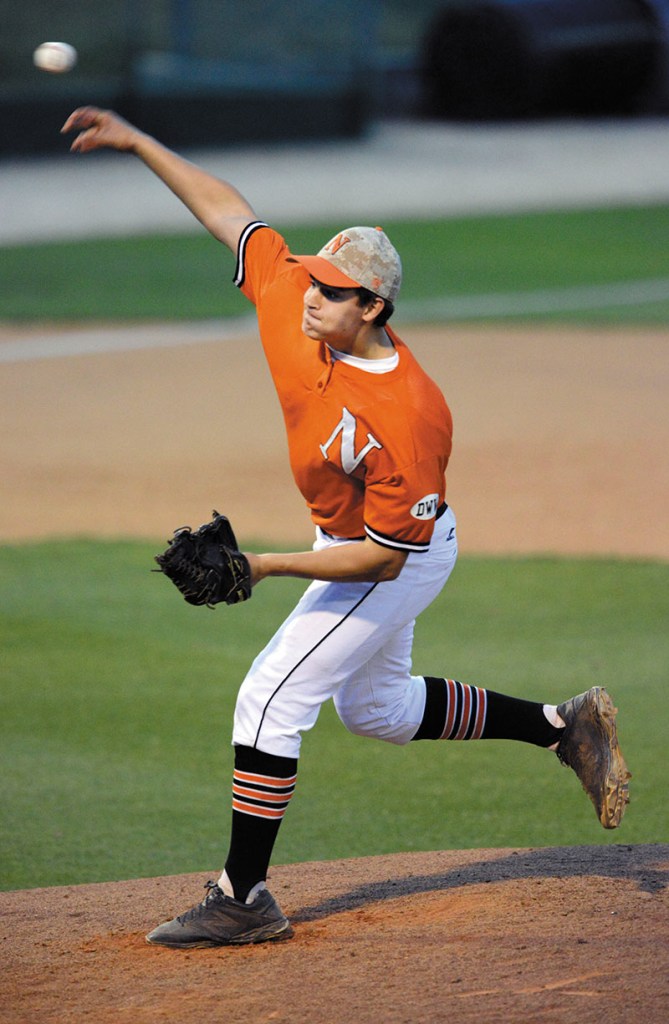 KANNAPOLIS — A tough-luck season turned much brighter for the Northwest Cabarrus Trojans on Friday at CMC NorthEast Stadium.

The Trojans rode the shutdown pitching of Spencer Baucom and clutch hitting from Alex Rodriguez and Cal Hubbard to a 4-1 opening-round win over the Canton Pisgah Bears in the F&M Bank Classic. Baucom pitched a complete-game four hitter — backed by strong defense — to notch his first varsity win of the season for the Trojans (3-7).

“I just tried to get ahead with my fastball and mixed a few sliders in on them,” Baucom said. “I just tried to hit my spots. You couldn’t ask for better defense behind me tonight.”

In fairness to Pisgah (6-2), it had to play a key conference game Thursday before battling traffic during the long trek from Canton. The Bears put runners on base in every inning except the third, but they could never put anything together against the junior righty Baucom and the Trojan defense.

“It was a nice win for us,” Northwest Cabarrus coach Joe Hubbard said. “But any win is a nice win. We played as well as we have all season.”

The Trojans broke on top in the bottom of the third with a Cal Hubbard single, a sacrifice by Carson Allman and a clutch double by Rodriguez to lead 1-0. Pisgah responded with its lone run in the top of the fourth on a leadoff double by Trevor Johnson followed by a couple of wild pitches.

NWC then broke it open in the bottom of the fourth with three runs on four hits off starter and loser Lucas Hall.

Adam Barrows opened the bottom of the fourth with a double down the line to left. After a couple of fly ball outs, Hubbard came through with a single to left and the 2-1 lead. Allman then singled, and both runners advanced on a wild pitch. Rodriguez followed with a two-run single to make it 4-1, giving him three RBIs for the night.

Barrows ended up 3-for-3 for the winners as well. Hubbard was 2-for-3 and scored twice.

Baucom limited the Bears to two hits the rest of the way and stranded both runners.

“Spencer has had some heartbreak losses for us this season,” Hubbard said. “It is nice to see us get a little offense for him tonight.”

The Trojans advanced to the 6:30 p.m. semifinal game Saturday against Salisbury while Pisgah plays a 1:30 p.m. consolation game against A.L. Brown.