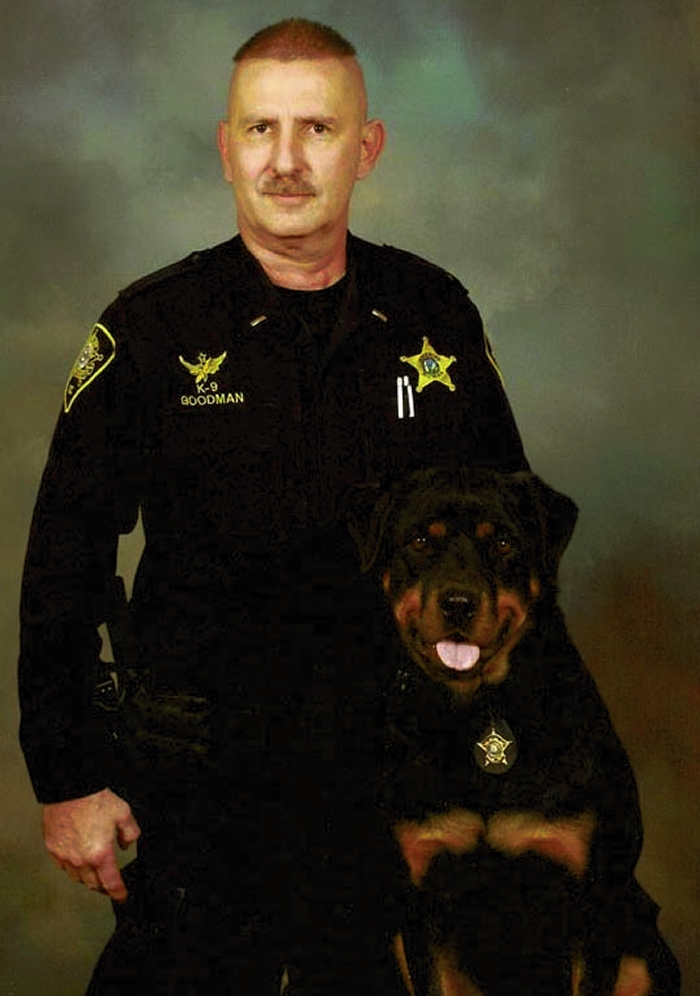 Rowan Sheriff's Lt. Neal Goodman and his K-9, Skylar. The dog had to be put to sleep following an aggressive bone cancer diagnosis. Submitted photo

The dog, Skylar, had to be put down Saturday following a trip to the veterinarian, officials said.

Lt. Neal Goodman has been the dog’s handler for a number of years and noticed the dog developed a limp about two weeks ago. According to the vet, Skylar would’ve only lived about seven more days. He had to be put to sleep.

Goodman has been head of the K-9 handler program for the last 20 years and has been very successful with several dogs, a statement from the Sheriff’s Office said.

This loss has really hit Goodman hard, a spokesman said.